Industrial Action Set to Bring The Rail Network to a Standstill 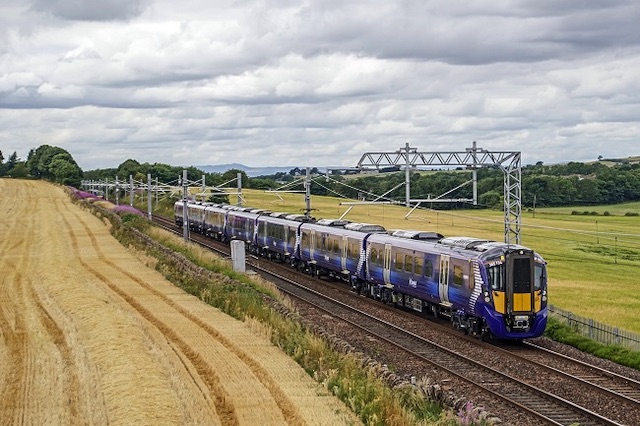 Unite the union has warned Abellio Scotrail bosses to make a ‘serious offer’ at pay talks set for Wednesday (15 September), or the nation’s rail network will be brought to a ‘standstill’.

Minister Dey stated that he felt, “Unite members deserved a pay rise” and would encourage Abellio Scotrail to re-engage in talks at the meeting.

However, Unite has warned that continuous industrial action short of a strike involving its engineering members is set to begin at 00:01am on Friday, 24 September, if there is no progress in the pay talks.

The trade union represents around 250 engineers who provide maintenance, overhaul and repair services for the railway rolling stock.

If this safety critical work is not carried out, then the nation’s railway network will not be able to effectively operate.

The industrial action will include a rest day working ban; a ban on overtime; a refusal to use tablets, phones and iPads for inputting of information on management information systems; no undertaking of driving duties; and no operation of plant engineering.

The ballot returned a vote of 78% in support of strike action from a 68.4% turnout.

The trade union further revealed that despite the rail network presently operating at less than 50% of ‘normal’ passenger numbers due to the Covid pandemic, Abellio Scotrail has still had to call back engineers from rest days due to a combination of ‘disorganised chaos’ and under-staffing.

Rail passenger numbers fell by as much as 90%.

Rest Day Working in 2021 to date stands at 2.4% of the engineering workforce with overtime levels being worked in addition to this figure.

In real terms, this means that engineers are being called in on their days off, or to work overtime in order to maintain, overhaul and repair the rolling stock.

Rest Day Working as per the conditions of service should not be required other than in the event of a risk to lives in an emergency situation.

The pay dispute is over the failure by Abellio Scotrail to make a meaningful pay offer, as well as the company withdrawing a number of entitlements from workers such as the Rest Day Working Agreement with Unite in April 2020 for engineering workers.

The Dutch firm initially withdrew it for drivers but later reinstated it.

Abellio has previously claimed they are under instructions from the Scottish Government not to award any pay rise to rail workers.

Unite has submitted a number of demands to Abellio Scotrail including a substantial increase in pay; greater flexibility of holidays; the introduction of no compulsory redundancies, and the reinstatement of the Rest Day Working Agreement.

All these proposals have been rejected.

In April 2020, the Scottish Government put in place an Emergency Measures Agreement (EMA) which made a temporary variation to the ScotRail franchise agreement.

This includes a £8.9m management fee associated with the EMA between March – September 2020.

However, the franchise subsidy from Transport Scotland rose over the same period from £482.8m to £526.3m.

“Abellio Scotrail must make a serious offer to our engineering members or we will start forms of continuous industrial action from Friday, 24 September.

“We can’t emphasise enough the disorganised chaos which prevails at Abellio Scotrail.

“Due to mismanagement and staff shortages, engineers are being called back in on their rest days and overtime levels have increased costing around £1m since 2020.

“Unite also met with the Transport Minister last week who went on the record stating our members ‘deserve’ a pay rise.

“The company has little over a week to sort this out, or the nation’s rail network will effectively come to a standstill due to the specialised nature of work which our members provide.

“Industrial action will severely disrupt events including the COP26 climate change conference in Glasgow, which would be a national embarrassment contrived by Abellio Scotrail.”

Abellio will now stop running the ScotRail franchise at the end of March next year when Scotland’s train services are set to be run by a public sector body.