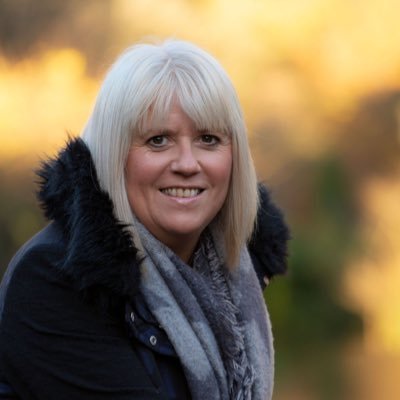 The SNP has said the “Tory mask has slipped” ahead of the Holyrood election in May – after a Tory candidate was slammed for attacking the pay of the NHS staff and vital frontline workers keeping Scotland safe during the pandemic.

Sue Webber (pictured), who is the Tory candidate for Edinburgh Western, praised the decision to freeze public sector pay, saying it was “about time” and that she “was thinking about a vote-winning policy called salary sacrifice where they only get 80 per cent and have to struggle like the others on furlough.”

She also claimed that “media and many politicians” were “creating panic and fear” over COVID-19 and appeared to play down the pandemic, saying “people die…more people die in winter.”

Tory activists labelled the messages as “proper nasty Tory stuff” and revealed that party bosses ignored concerns about the candidate being placed in second place on the Tories’ Lothian region list.

“To see a Tory candidate suggest docking the pay of all those who have been on the frontline keeping public services going during this pandemic is a disgrace.

“Frontline workers have been working day-in day-out to keep Scotland safe from COVID-19, and Ms Webber’s attempt to downplay the fight against this virus does a total disservice to them.

“It is no surprise a person with these toxic views is standing for the party of Boris Johnson and Douglas Ross, it speaks volumes about the Tories.

“The Tory mask has well and truly slipped and the party has a duty to address these comments.

“It’s hard to see how Ms Webber can now remain as a candidate.

“This is the most important election in Scotland’s history, and it comes down to a stark choice – who should decide the country’s future.

“Should it be the people of Scotland or Boris Johnson?”