Nairn Business to be Featured in BBC One Show 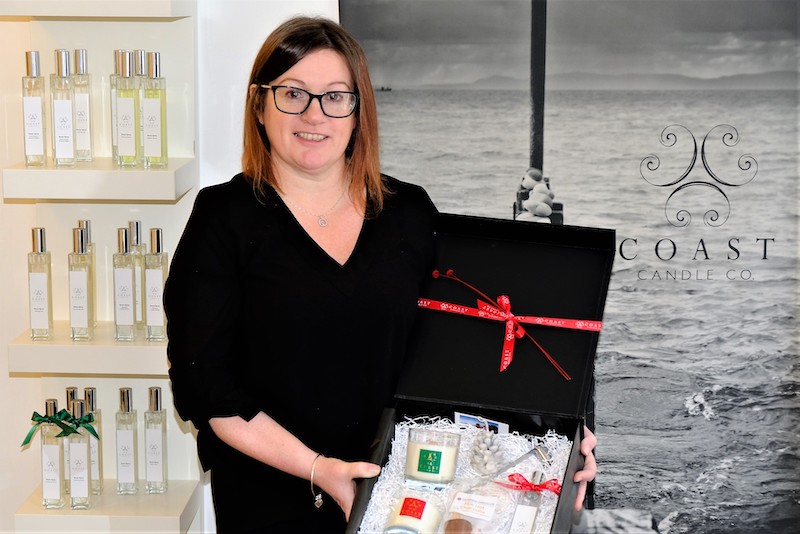 A Highland business is to be featured in a new BBC show focussing on how people celebrate Christmas in different parts of the UK.

Coast Candle Co which specialises in making handmade candles and wax lanterns is showcased in episode one of A very Country Christmas, a three-part show which will air on BBC1 on December 6.

Janis Maclean who runs the business said she was delighted to have been contacted by the production company:

“The production company contacted me out of the blue via email and explained they wanted to include candles in the programme and naturally I wanted to get involved and grasp the opportunity.”

The show is presented by Ellie Harrison and Angellica Bell and it was Ellie who spent time with Janis learning how to make her own candle, a service that Janis offers as well as having ready-made handmade products for people to purchase from her shop or via her website.

“We spent the first hour of the morning filming down on the beach where I was interviewed by Ellie and then we moved to the shop where she made her own scented candle,” explained Janis, “they were very professional and conscientious about filming during Covid and I had to send them a video of the shop interior to let them see the space and how filming could work.”

Janis who opened Coast Candle in Nairn’s Leopold Street in June 2019 after relocating from Dornoch where it had operated for five years added:

“I am clearly delighted to be included in the show and to be able to showcase not only my business but also hopefully our town as well.

“Our high street and businesses have faced huge challenges this year and I think it’s really important that we grasp these opportunities when they come.”

This is not the first time that Janis has appeared on the small screen in a Christmas related programme.

In 2018, she was featured on the Channel 4 show Kirstie’s Handmade Christmas.

Janis has been making candles for 10 years and the business was originally started at Janis’ kitchen table.

Her creations are inspired by memories of home on the west coast of Scotland, in a small crofting village called Coast.

The show will air on December 6 at 10.30am and marks the start of advent.

Hosts Ellie and Angellica will travel across Scotland, as well as the north of England and the south west, exploring different local customs, culture and traditions at this special time of year.