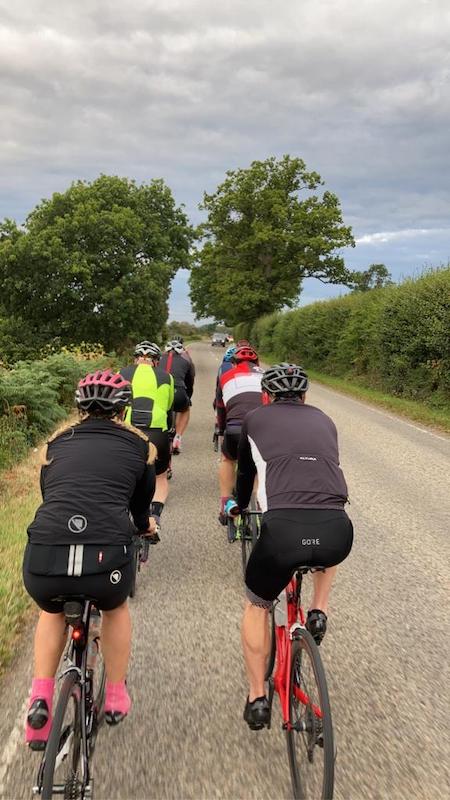 As part of the centenary celebrations that have been happening all year at Highland Rugby Football Club (Highland RFC), 17 members have cycled 100 miles to mark 100 years and raise money for worthwhile causes.

Hoping to raise £10,000 for Mikeysline, Alzheimer Scotland, My Name’5 Doddie and Highland RFC so that the club can continue to promote and deliver rugby to communities across the Highlands, the centenary bike ride was organised by Julian Innes.

Speaking about the challenge, Julian said:

“I’m so proud of everyone who took part.

“We were a real mix of ages and abilities, but it was good fun and a great way of raising money for our nominated charities and of course of marking our centenary year.”

The last cohort of cyclists returned to the home of Highland RFC at Canal Park in Inverness on Friday 2nd September, in time to join the rest of the club over at Inverness Caledonian Thistle FC’s stadium to watch the much-anticipated match between Glasgow Warriors and the Ayrshire Bulls, which was also organised as part of Highland RFC’s centenary celebrations.

Having already smashed their target of £10,000, anyone wishing to donate can do so at: https://www.gofundme.com/f/centenary-bike-ride-100-miles