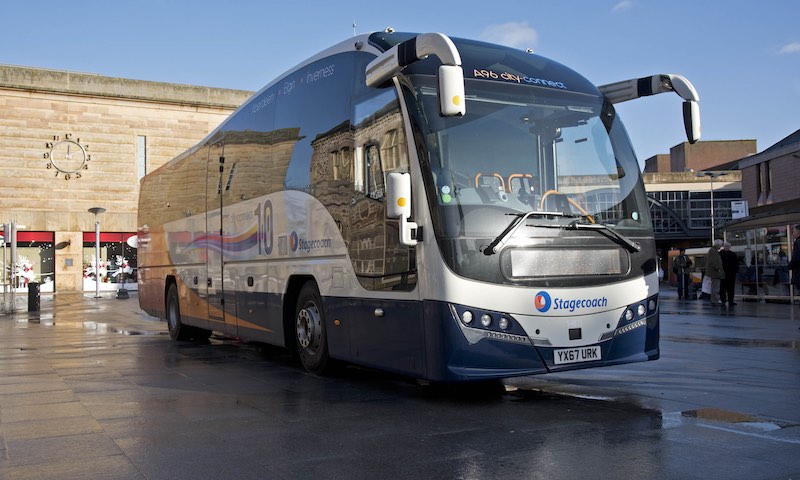 Unite Scotland has confirmed that around 1,000 workers have backed strike action across the Stagecoach Group in the nation.

Workers in every Stagecoach division in Scotland have supported taking industrial action in a dispute over pay.

The trade union has warned that unless there is a ‘significant shift’ in the Group’s pay offers across its Scottish divisions, then strike action by the end of October will be ‘inevitable’.

The workers involved in the pay dispute are drivers, engineering staff, administrative workers, and cleaners.

Any industrial action will involve disruption to the COP26 climate change conference being held in Glasgow between 31 October – 12 November 2021.

Stagecoach routes run across the Islands, and into all major cities and towns from Orkney to the Borders.

Unite also confirmed that around 600 of its members in Fife, Perth and Strathtay rejected the latest pay offer from Stagecoach East of 2.4% backdated to May 2021 by 90%.

Stagecoach’s latest accounts reveal that the Group made a profit of £58.4m, and it has over £875m of available liquidity.

“Unite has received a resounding mandate for industrial action across the whole of Stagecoach’s operations in Scotland.

“The results should really make Stagecoach sit up and take notice that their workers feel greatly undervalued, and underappreciated.

“The workforce has continued to work professionally throughout the pandemic and they have made a huge contribution to the massive profits of the Stagecoach Group.

“We want to emphasise that Unite’s ambition has been to solve this dispute amicably, and without our members having to take strike action.

“Yet, our members have had no option but to consider walking because the company hasn’t done enough talking.

“The company needs to make a significant shift in its pay offers to end this dispute or industrial action in the coming weeks will be inevitable.”