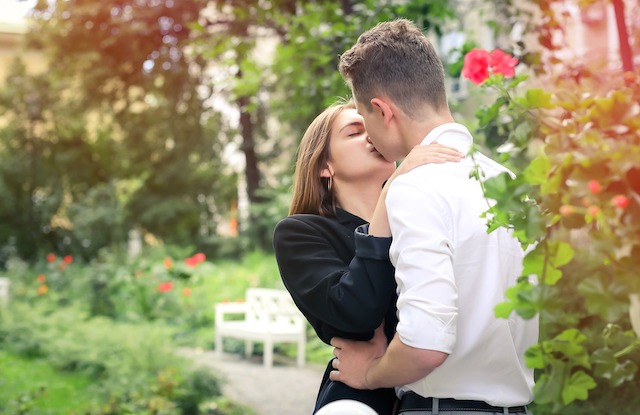 Figure rises to 25% if the kiss was under mistletoe, 43% say kissing someone else is not enough to end a relationship – if they say it was drunken mistake

Research has revealed that more than one in ten Brits don’t consider passionately kissing someone other than your romantic partner to be cheating.

Following the explosive revelations about Matt Hancock’s relationship with aide Gina Coladangelo, the data reveals that 77% of Brits would say that the Health Secretary has been unfaithful to his wife Martha Hancock, while 8% don’t know.

Over 65s are the age group most likely to argue kissing someone else isn’t cheating, with 23% saying it isn’t.

The most faithful are 25-49-year-olds, with 10% believing it is not cheating.

However, when mistletoe is factored into the equation, the number of people who say kissing someone else is not cheating jumps to 25% – as long as it is under the festive sprig.

Survey data also reveals whether people would end their relationship with a partner who kissed someone else but claimed it was a drunken mistake.

Overall 43% of Brits say such a transgression wouldn’t be enough to split up, but 31% say it would, while 26% say they don’t know.

Political allegiances could offer some hope for the embattled minister, with 51% of Conservative voters saying that a drunken kiss with someone else would not be enough to end a relationship, and only 23% saying it would be.

Meanwhile the figures are much closer for Labour voters, with 34% saying a kiss would cause a split, and 41% saying it wouldn’t.