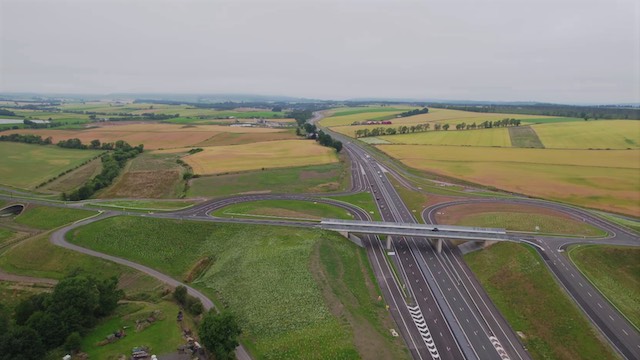 The Minister for Transport, Jenny Gilruth, has chaired the latest meeting of the A9 Safety Group in Pitlochry.

Following several recent fatalities, partner organisations have again convened to consider any short-term interventions which can be made for the route in advance of dualling works.

During the meeting, the Minister for Transport confirmed existing proposals totalling £95,000 will be invested into enhanced signage and road marking across the A9 Ballinluig southbound, the A9/B8079 junction and the A9 at Ralia to further improve road safety and will be supplemented by these short-term interventions.

“My condolences go to all those who have lost loved ones in the recent fatalities on the A9.

“One death on Scotland’s roads is one too many, but the concerning increase in fatal road collisions on the A9 requires urgent action from government.

“I have chaired the A9 Safety Group today to seek assurances around the short-term measures planned for the route.

“This follows on from meetings I’ve held with Police Scotland to better understand the nature of these recent incidents.

“While those investigations are ongoing, it would be inappropriate to comment further on the specific circumstances – but I’ve asked that all partners continue to consider all possible interventions which could help keep people safe.

“As I outlined in Parliament earlier in the week, the Scottish Government is firmly committed to completing the dualling of the A9 between Perth and Inverness.

“We have already invested over £430 million to date delivering the dualling programme.

“Work is continuing across the A9, with road users already benefiting from the dualled stretch between Kincraig and Dalraddy and between Luncarty and the Pass of Birnam, which opened in September 2017 and August 2021 respectively.

“I am reassured by our road safety partners’ commitment to keeping people safe and the further £95,000 investment by the Scottish Government this financial year will see enhanced signage and road markings at key locations along the route.”