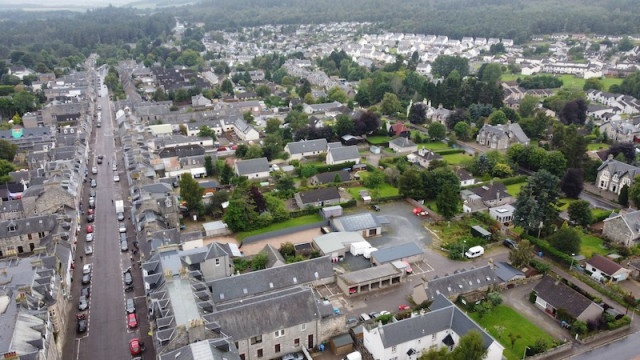 Badenoch and Strathspey area’s roads will benefit from an additional £186,557 of investment through the Highland Roads Recovery Programme agreed at Economy & Infrastructure Committee on 1 September.

The area’s Capital Budget of £765,310 for 2021/22 will now been supplemented over the next two years by these additional capital funds, which was welcomed by Members at the meeting of the Badenoch & Strathspey Area Committee.

The Members of the Badenoch and Strathspey Area Committee were asked to note the report and the progress being made by roads operatives against the 2021/22 area roads programme.

“In Badenoch & Strathspey area strategic roads identified are the A938 and the A939.

“Our staff deserve a great deal of credit for delivering such an extensive programme especially in some of the areas of greatest concern.

“It is pleasing to note that patching and resurfacing was completed on the A938 and the A939 this summer at sections including Tullochgribban, Duthil and Dava.

“Planned works include additional works on the A938 and A939.”

“Contractor availability has been a significant factor this year, primarily due to the increase in volume of work resulting from the welcome larger council roads budget combined with that of neighbouring local authorities and the trunk road authority and the effect of the Covid pandemic.

“Thankfully due to some excellent planning by officers and engagement with contractors early, we have achieved significant capital works over the summer 2021 season.”

Some examples of the progress made this year include: