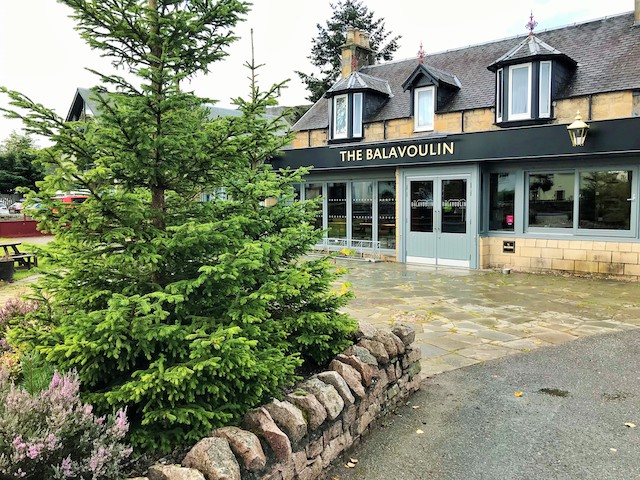 Struan Robertson who runs a pub in Aviemore is calling ‘time’ on a parliamentary bill that he believes will have a negative impact on his businesses.

Struan Robertson and his wife Angela, took on The Balavoulin in Aviemore in September 2019, their first business after 20 years working in the hospitality industry.

But now Struan fears for the future of his pub because of the Tied Pubs (Scotland) Bill currently passing through Scottish Parliament.

Soon after taking on the tenancy the pub underwent a £250,000 refurbishment funded by its pub company partner Greene King.

The investment took four weeks to complete and included a full upgrade of the guest accommodation, plus a new bar and kitchen.

Almost straight away the pub became a favourite with locals and tourists alike.

Describing what it was like when he first opened the doors of his own business, Struan said:

“We were just tidying up the bar on the Friday and it was beautiful sunshine.

“We had a float in place and beer in the lines.

“The kitchen wasn’t open yet and we thought we’ll just open the doors and see what happens.

“A guy came in had a pint and went out to the beer garden, and then shortly afterwards we were packed.

“It was an absolutely a brilliant night.

“When we went on Facebook we could see everyone was spreading the word and that was a really nice way to open.

“Then a week later we started food which has been a big success.

“The eight bedrooms opened up around Christmas at the end of 2019.”

However, within six months the pandemic struck forcing the Robertsons to close their doors.

When the pub does re-open Struan is concerned what the future will look like.

He believes the uncertainty around the Bill will stifle further investment.

“I think that it’s pretty much a kick in the teeth.

“Even with the pandemic, I think the business if we’re allowed to reopen would still be successful.

“This bill’s just put the kibosh on it and stopped it in its tracks until we see what’s happening financially.”

The legislation would introduce regulations on the commercial partnership between the pub tenant, like the Robertson’s, and the pub owning business.

It proposes that a pub tenant could change the terms of the lease part way through and move to a Market Rent Only agreement, disincentivising pub companies from investing in the property because of concerns that the rent wouldn’t cover the investment.

“Financially, I think we could do two or three times the amount of business if we enlarged the area where food is passed from the kitchen to the front of house team to serve customers.

“It’s not even Covid that’s brought this to a halt, it’s the Tied Pubs Bill.

“At the moment it’s looking like if I want to enlarge the pass to serve more people food, I’ll need to take the hit and spend more money myself.

“The brewery isn’t in a position to spend that money currently because of the uncertainty caused by the bill, which makes sense on both sides.”

He believes that a partnership with a pub company, known as a tied pub business model, is a good way to get into running your own business as the start-up costs are much lower than if you were to lease a pub from a commercial landlord.

“It’s given us the opportunity to start our own business and be really proactive with it and actually recruit people.

“When we did our business plan originally, we had 12.

“We more than doubled the staffing level we expected in the first year and that’s with a global pandemic as well.

“With the brewery’s help we’ve done the online training and have all the staff on it working through different levels.

“Three or four of the kitchen staff are doing apprenticeships as well.

“These are things we wanted to give back because I’ve benefitted from opportunities and it’s really nice to now be in a position where we can help others.

“Without the support of the tied model we would’ve been looking for a long time to find our own business and would’ve had to do something quite low key to get our foot on the ladder.”

In a recent survey conducted by Scottish Beer and Pub Association with Scottish pub tenants representing 200 of the tenanted pubs in Scotland, 72% said without the support from their pub company partner, reopening and business survival would have been less likely in the last year.

Top of the list of priorities they felt the Scottish government should be focussing on right now, was ‘fighting the pandemic and reopening the sector came’, with ‘creating new regulation for the leased and tenanted model’ second to bottom on the priority list.

Publicans representing 183 pubs, nearly a quarter of all tenanted pubs in Scotland have written to the First Minister to ask her to reconsider the Bill.

The Tied Pub (Scotland) Bill is due to be voted on by MSPs in the Scottish Parliament on 23 March 2021.