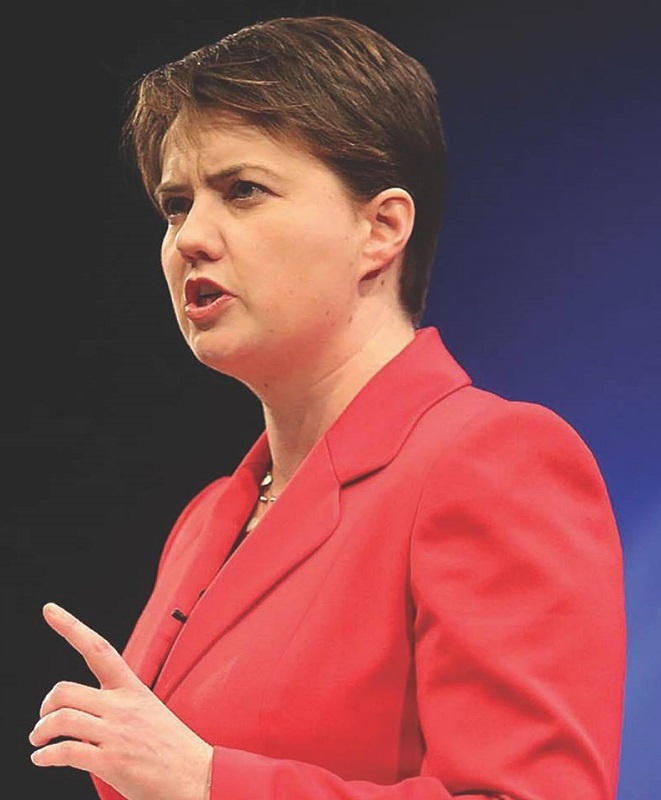 Ruth Davidson (pictured) is being lined up for a job in Boris Johnson’s Government after “dodging democracy” by taking a seat in the unelected House of Lords.

In a move that the SNP warns would be “a democratic obscenity,” senior Tory Michael Gove strongly indicated that Davidson could be handed a government role even though she has not been elected by voters at an election.

In an interview with STV, it was pointed out that with Davidson becoming a Baroness, “she’s not going to be part of the [Tory] team after the election”.

“That’s what I’m here to do, to make sure that those people work together.”

The Tories have a track record for undemocratic appointments to the unelected House of Lords.

In January 2020, Nicky Morgan and Zac Goldsmith were appointed to the Lords so that they could keep their government positions.

Other prominent non-elected appointments are Lord Andrew Dunlop and Lord Ian Duncan, who stood in an election and lost but was still appointed weeks later.

“Michael Gove’s refusal to rule out Baroness Davidson securing an unelected place in Boris Johnson’s Government from the House of Lords shows the Tories’ utter disdain for democracy.

“It seems that now Tories don’t even need to bother standing in an election and being held to account by the public in order to keep the perks of ministerial posts.

“That is a democratic obscenity.

“It’s bad enough for Ruth Davidson to have accepted a seat in the Lords – if she had any shred of integrity she would make it clear now she will not accept an unelected role in government, working for a man who led the Brexit campaign she once repeatedly accused of having ‘lied’ to people.

“Voters across Scotland would be rightly dismayed if an unelected politician was to pick up a ministerial salary on top of her cushy £300 a day Lords’ job, after dodging democracy by running off to join a group of Tory donors, cronies and politicians rejected by the voters.

“The Westminster system is broken beyond repair.

“The coming election is a stark choice – both votes SNP are needed to put Scotland’s future in Scotland’s hands and not Boris Johnson’s.”