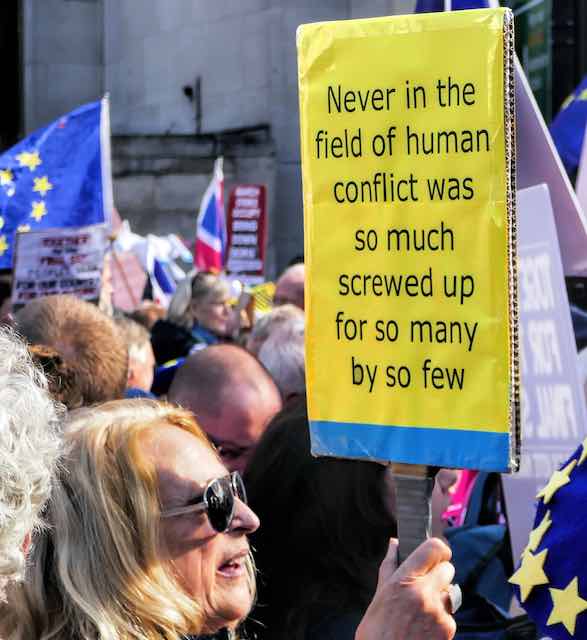 Independence is the only way for Scotland to escape the economic harm of Brexit and Westminster, the SNP has warned, after new analysis confirmed Britain’s GDP had slumped by 5.5% in the second quarter of 2022.

Since 2018, John Springford at the Centre for European Reform (CER) has been modelling the economic performance of a UK that remained within the European Union – using data from countries which performed similarly to the UK prior to Brexit.

The report concluded that between April and June, the UK’s economic output after Brexit was £33 billion lower than if it was still part of the EU – resulting in around £12 billion in lost tax revenues.

“This latest analysis makes plain the harsh economic truth about Brexit that only the SNP is willing to say: Brexit is not working for Scotland or the UK.

“From the outset, losing barrier free trade and freedom of movement has been an unmitigated disaster for businesses and households in every part of the country.

“However, with both the Tories and Labour ruling out a return to the world’s largest single market, more and more people in Scotland are recognising that independence is the only way to escape the economic harm of Brexit and Westminster.

“Six consecutive polls show a majority of people in Scotland now want the chance to choose their own future and that support for independence is growing.

“Yet, despite Labour and the Tories declaring in 2014 that it is for the Scottish people to decide how Scotland is governed, they both continue to deny the democratic mandate to hold another referendum.

“Yet this devastating indictment of the harm caused by Brexit reinforces why the people of Scotland must have their say and get to choose a different path to a more prosperous, fairer and greener country in the European Union.”