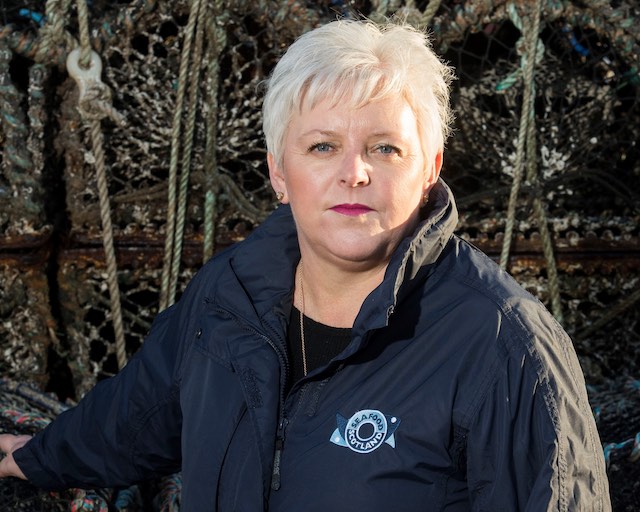 Update on the Brexit seafood crisis by Donna Fordyce:

Just under two weeks into 2021, and the impacts of Brexit transition on the Scottish seafood sector have been widespread.

Issues from computer failures to lack of clarity on paperwork have rendered some Scottish companies’ efforts to export seafood all but impossible.

Last week’s problems gave a strong indication of the fragility of the systems that have been introduced for exporting premium Scottish seafood to the EU, and with more companies getting back to work this week after the festive break, the problems are becoming clearer.

Many species of Scottish seafood have experienced a price drop of around 40-50% at market this week.

This is because processors and intermediaries are not buying, as they are not guaranteed to be able to sell seafood on to EU customers because they can’t get it out the UK.

In some cases the price drop has been up to 80%, but this is stabilising only because there is less fish being landed.

It is not a sustainable position.

The main species affected are those popular in European markets, such as coley, megrim, whiting, monkfish, hake, ling, and highly-perishable premium shellfish.

Around one third of the Scottish fleet is currently tied up.

This means the boats are not going out, and those fishermen are not working.

Some boats that are still fishing are redirecting their catch landing to Denmark, where it can more easily progress to European markets as there is little or no demand in Scotland with the current crisis.

This means that the Scottish processing sector, which employs around 10,000 people, is completely missed out of the equation.

We need to get these boats back landing in Scotland ASAP and we need the processors back operational and selling seafood into the EU in order to do this.

The industry is working together with Government (UK and Scottish) to try to resolve problems throughout the supply chain.

No one party can fix this issue overnight, but losses for the sector are mounting, and the situation is urgent.

We have days to fix it – not weeks.

It is also worth noting that this is a UK issue, with companies from all fishing areas reporting issues.

However, as Scotland exports a far higher volume than other areas of the UK, it is here where the impact is felt most keenly.

One Scottish seafood company normally sends £1m worth of product to the EU every week.

As a result, they have told the 27 boats that supply them to stop fishing.

A Scottish whitefish processor that in 2020 exported 100 tonnes of seafood in the first 2 weeks in January, managed to do 8.5 tonnes last week and none this week.

The product that he didn’t get through has been frozen, but his freezer facilities are now at capacity, and he stopped buying at market on Thursday last week.

This year, he expects to achieve somewhere between £500k – £1m for this January.

What needs to happen:

Administrative errors are a major contributing factor to the current chaos and this six-month window will allow the systems that process the paperwork to be fixed and tested while not in live operation.

The grace period will also allow companies to fully familiarise themselves with the new regulations so that human errors become less prevalent and we are working hard to support this via a series of webinars and one-to-one education sessions.

We have been requesting this grace period for months but now it really is the only way to keep the sector afloat, allowing the issues currently frustrating trade to be resolved while still allowing product to flow.

Confirmation of what is needed on the paperwork:

Some are to be filled in with certain colours of ink, but the instruction as to which isn’t clear.

Lorries are being rejected because paperwork has used the wrong colour.

Some commodity codes aren’t on the system and have to be overwritten manually.

Documentation requires pages numbered, but the computer system prints them off without numbers, so the information needs to be added by hand.

Lorries are being rejected for having no page numbering, or even having ‘Page 11’ as opposed to ‘Page 11 of 14’

A consistent approach to evaluation of paperwork.

Currently two forms completed in an identical way could be passed at one port, and rejected at another.

“The sector is at rock-bottom and needs space to breathe.

“Trying to navigate the system we have at the moment is like pushing water uphill, and it is not improving.

“Getting anything out of the UK into the EU is being achieved by luck rather than design.

“In the meantime, businesses that have been operating for generations, the people that work for them, and their families and communities are bearing the brunt of the issues.

“Everyone has their sleeves rolled up desperately trying to help companies meet the requirements for export, but at the heart of it, the UK system needs fixed.

“This cannot be done while it is live.

“This was inevitable, given such a complicated process was put together at the last minute.

“With some breathing space, the system can be fixed and rebooted, and companies will then be able to keep moving.”