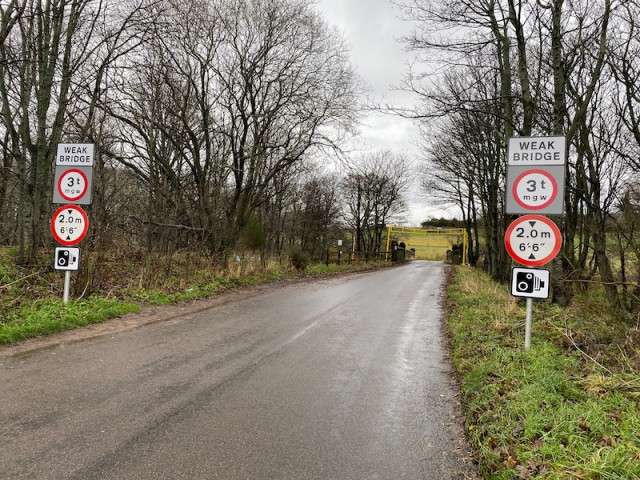 Cameras have been installed at the Cloddach Bridge, near Birnie, to deter drivers from overloading the weakened bridge.

Motorists were warned that further damage would force Moray Council to consider other options which could see the bridge – which has a three-tonne weight limit – closed to all users.

It’s hoped that installing cameras will prevent closure by deterring dangerous and illegal driving at the bridge, ensuring the route can remain open to light traffic for as long as possible, and reducing the amount of taxpayers’ money spent on repeated repairs.

“While the majority of motorists use the bridge sensibly, it’s impossible to ignore the damage being done to this already-weakened structure – and the risks that come with it.

“To ensure this route isn’t forced to close, we’re asking all drivers to be aware of the height and weight of their vehicle and to use an alternative route if necessary.

“Recurring repairs are costly for the council and, ultimately, the taxpayer.

“Should we capture images of illegal use of the bridge, we can share these with Police Scotland for enforcement action and to recover the costs from the driver of any potential damage.”