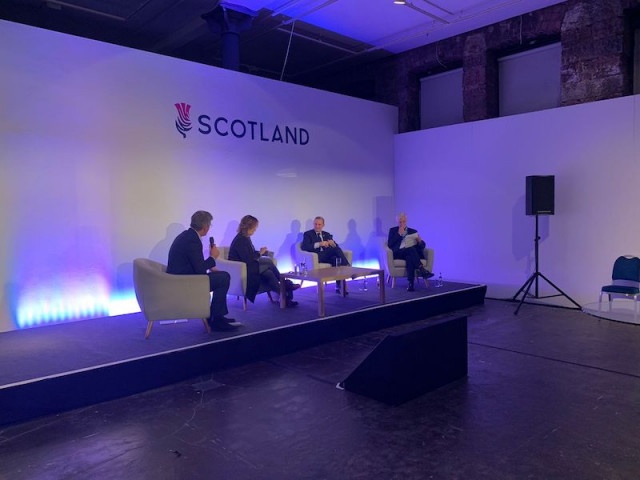 The UK is currently hosting the 26th UN Climate Change Conference of the Parties (COP26) in Glasgow, which is now in its second and final week.

The COP26 summit is bringing parties together from across the world to accelerate action towards the goals of the Paris Agreement and the UN Framework Convention on Climate Change.

“There was a lot to learn from the events at COP26 and the pledges made by political leaders are to be welcomed. We will see progress if the promises can be actioned quickly.

“I listened to many wide-ranging ideas on how companies intend to face the challenge, but further questioning made it clear many of these are merely ideas and action is still awaited.”

“My hope is that the interaction over the two weeks will see the enthusiasm expressed in conversations translate to real actions in real time.”

During the first week of COP26, world leaders and delegates made a variety of pledges and commitments including, a declaration on ending deforestation by 2030, committing to reduce methane emissions by at least 30% from 2020 levels by the end of the century and more than 40 countries agreed to phase out coal-fired power.

Whilst the landmark talks were taking place Cllr Trish Robertson and Highland Council Climate Change Coordinators, Joe Perry and Katie Andrews, were representing the local authority at a range of events in Glasgow.

On Monday (1 November), Katie Andrews attended the ‘COP is here’ event hosted by the Green Party.

Oras Tynkkynen, Dirk Holemans and Patrick Harvie issued a welcome to the Green Hub and discussed the climate action we need to see result from COP26.

The following day Katie Andrews represented the Council at the ‘Hydrogen in the Climate Emergency Economy.’

The panel of experts and decision makers contributed to the debate in hydrogen.

On Wednesday (3 November), Joe Perry presented, ‘History of The Flow Country Peatlands’ in the Blue Zone, at an event called “The Flows and the Future: Scotland’s Unique Contribution to Saving the Climate and Nature.

The event, which was moderated by NatureScot CEO Francesca Osowka, featured presentations and then a panel discussion followed by questions and answers.

This included information about adapting EV’s for disabled drivers.

Joe Perry attended a variety of Holyrood events including ‘Growing the Climate Tech’ and ‘How can 5G help tackle the climate emergency.’

On the Friday (5 November), Katie Andrews represented the Council at the Scottish Government’s event to launch the start of their work on the Energy Strategy and Just Transition Plan, which will be published in Spring 2022.

She was joined by other young professionals to participate in a range of workshops and a panel discussion which included Chris Stark (Chief Executive, Committee on Climate Change), Professor Jim Skea (Co-chair of Working Group III of the IPCC), Kersti Berge (Director of Energy and Climate Change) and other senior industry leaders.

Saturday (6 November) was Nature Day at COP26 and Cllr Robertson represented the Council at the official presentation of the Glasgow Food and Climate Declaration.

The Council have signed the declaration and it is a pledge and call to action to accelerate the development of integrated food policies as a key tool in the fight against climate change.

And on Monday, Cllr Robertson attended various talks in the COP26 Green Zone.