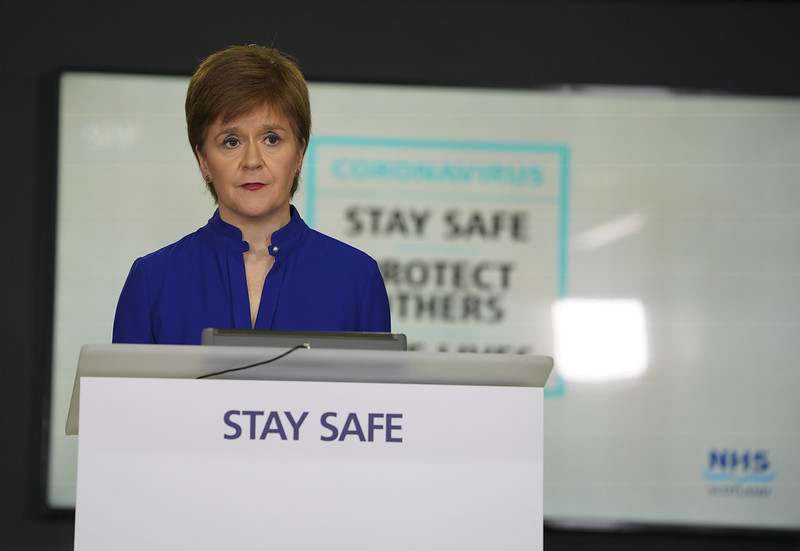 Moray will be the only local authority area to change protection level as it moves to Level 2 at midnight tonight, 21 May 2021, following improvement in coronavirus (COVID-19) prevalence.

Data available this morning showed that in the last week case rates in Moray have fallen sharply, from 98 per 100,000 to 37 per 100,000, and cases of the April-02 variant – the so-called Indian variant – are lower there than in other parts of the country.

Both the proportion of cases and of positive tests have continued to rise in Glasgow, with the April-02 variant thought to be driving the spread, meaning the city will remain in Level 3 for at least another week.

Enhanced testing, vaccination and public health measures will continue to attempt to contain the spread, and enhanced contact tracing may mean close contacts of close contacts are asked to self-isolate and book a test.

A further £1.05 million per week has been made available to Glasgow City Council to provide additional support for businesses in hospitality and leisure in Glasgow of up to £750 per week.

East Renfrewshire will see public health efforts intensified to tackle an increase in prevalence there, but will remain in Level 2 for now and be monitored closely.

According to this morning’s data, cases as a proportion of the population there have increased to 118 per 100,000 people in the last week, though many of these can be traced to specific household clusters.

Everyone in Glasgow and East Renfrewshire is encouraged to get tested to help stop the spread of COVID-19 by finding cases that might be missed, as around 1 in 3 people with COVID-19 don’t have symptoms.

Travel from Scotland to three local authority areas in England will be restricted from 00:01 on Monday 24 May 2021 due to sustained high prevalence of the virus in Bedford, Bolton and Blackburn with Darwen.

This will be reviewed in a week along with the other measures announced today.

“The situation in Moray has improved very significantly – cases and test positivity have fallen markedly and the April-02 variant does not seem to be as commonly present as in Glasgow and some other parts of the country.

“I can therefore confirm that Moray will now move down to Level 2, taking effect from midnight tonight.

“This has been made possible by the efforts of local public health teams, their partners, and of course the public – and I am grateful to all of them.

“Extensive public health measures have been deployed in Glasgow city, including enhanced testing and vaccination in the areas with the highest rates of COVID – especially the G41 and G42 postcodes – and enhanced contact tracing has been put in place.

“Despite all of the efforts that have been made in the last 10 days, however, cases in Glasgow are still rising and we are fairly certain the increase is being driven by the April-02 variant.

“We are confident that the major public health efforts which are underway will be effective – and that they will bring levels of the virus back under control – but they need a bit longer to do that.

“We also need a bit more time to be more confident that vaccination will stop rising case numbers today becoming sharply rising hospital and severe illness numbers a couple of weeks from now.

“I know how unwelcome Glasgow remaining in Level 3 is for individuals and businesses, but I genuinely hope it will not be for too much longer, and all of us who do live in Glasgow can play our part in getting this under control as soon as possible.

“More importantly, many more of the cases that have been reported in the last week in East Renfrewshire can be traced to specific household clusters than is the case in Glasgow, where transmission appears to be much more widespread.

“That means we think strong and targeted public health measures have more of a chance of stemming the rise, without the need to use wider restrictions.

“We know there are particularly serious outbreaks of the April-02 variant in three specific English local authority areas – Bedford, Bolton, and Blackburn with Darwen.

“For that reason, from Monday onwards, we are imposing hopefully temporary travel restrictions between Scotland and those three local authority areas in England.

“If you are planning to visit friends or relatives, or to stay in those areas, you must delay your visit.

“We hope that these rules and guidelines will not be in place for very long, but at the moment they are a further way of reducing the risk that people will bring the April-02 variant into Scotland from those locations.”