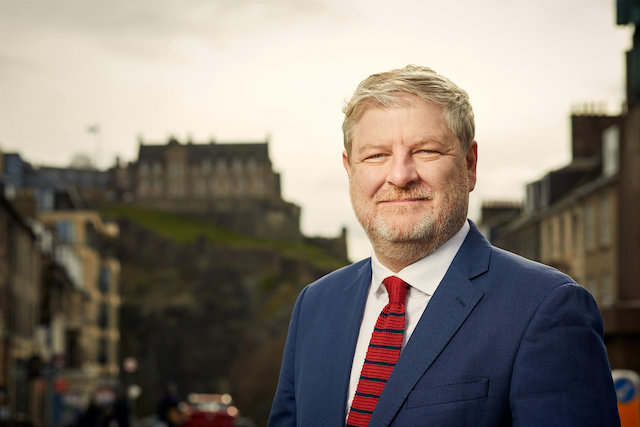 External Affairs Secretary Angus Robertson (pictured) said once the public health crisis is over, Scotland should exercise the right to choose its own future away from the damage and dislocation of Brexit.

A new summary of analysis, published to mark the EU Referendum just over five years ago, shows UK trade levels have fallen considerably since Brexit, with decreases in trade with the EU larger than the declines seen in non-EU trade.

The UK Government pressed ahead with Brexit, declining to extend the transition period and despite the Covid-19 pandemic, and overall UK trade levels have fallen from £266.4 billion in the first four months of 2018 to £237.6 billion in the equivalent period in 2021.

As predicted by Scottish Government modelling, severe and visible impacts are disproportionately concentrated on the food and drink sector, particularly seafood, meat and dairy, as well as beverages and textiles.

Brexit has also affected Scotland’s workforce, with initial evidence suggesting a decline in EU nationals working in Scotland, with potentially negative consequences for the hospitality, agricultural and meat processing sectors.

Scottish universities have seen substantial declines in numbers of students and research grants – the UK Government’s decision to withdraw from the Erasmus Plus exchange programme ends our participation in a scheme that has helped transform the lives of thousands of students, schoolchildren, teachers’ adult learners and young people.

In addition, the paper finds the actions of the UK Government following EU Exit is “doing real and lasting damage to agreed and well-established governance arrangements”, undermining the Scottish Parliament.

“Five years ago Scotland did not vote for Brexit.

“As this review makes it clear: Scotland is now enduring an ever-lengthening catalogue of harms, inflicted on this country against its wishes.

“This document makes for stark reading for anyone in Scotland concerned about this country’s future welfare.

“From trade and business to education, to the futures and livelihoods of our fellow European citizens, from our farmers, our security, and devolution itself – all have been negatively impacted.

“It’s also increasingly apparent the trade deals being struck by the UK Government are simply not compensating for the loss of EU markets for Scottish businesses.

“The response to the Covid-19 pandemic remains paramount, but it is clear Brexit means Scotland has to consider its future path when the public health crisis is over.

“Then the people of this country can choose a future trapped in the damaging turmoil of the UK Government’s escalating hard Brexit – or as an independent country free to join its friends and partners in Europe.”