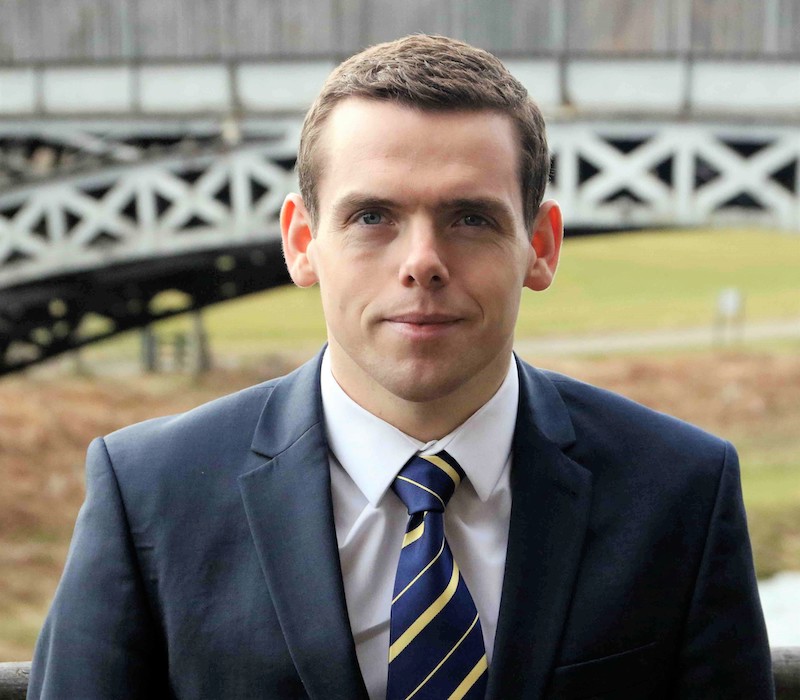 The Scottish Conservatives will proceed with the Vote of No Confidence in Deputy First Minister John Swinney on Wednesday afternoon despite the Greens abandoning their principles to support the SNP.

The “weak” Greens have refused to support the vote despite backing two motions in the Scottish Parliament calling for the publication of all legal advice from the Alex Salmond judicial review.

The Scottish Conservatives have brought forward the vote because John Swinney ignored those two votes of Parliament until his job was on the line.

He has still not released all legal advice from the Salmond case.

Swinney withheld evidence so that Nicola Sturgeon could not be asked about it at committee, then misled the public about how much of the legal advice had been published and its contents.

Around 10 legal consultations, including a meeting attended by the First Minister on 13 November 2018, have still not been published.

The Deputy First Minister only asked law officers if legal advice could be published early last week, despite two votes in the Scottish Parliament demanding its publication in November last year.

He claimed to have released all “key legal advice” before Sturgeon’s committee appearance, only to release another tranche of damning documents on Friday.

The new evidence from Friday showed:

On 17 December 2018, lawyers said their advice had been “discounted”.

Lawyers were considering “very seriously” to resign as early as 10 December 2018.

Roddy Dunlop QC pleading with the government not to “plough on regardless” on 17 December 2018.

On 6 December, the First Minister and permanent secretary disputed legal advice that conceding was the “least worst option”.

Roddy Dunlop QC said on 7 December that there were only two options left and “I doubt either will work.”

Six weeks after a judge told the government to comply with a duty of candour, Queen’s Counsel stated:

“We reached the view that we could not properly advise the Court that the Scottish Government had discharged its duty of candour.”

“Any time John Swinney is in trouble, the Greens set aside all principles and ride to his rescue.

“The Greens have shown again that they will let the SNP away with anything, even ignoring votes of the Scottish Parliament.

“Their cause always comes first – and that’s independence, not the environment.

“Their true colours are not green, they are SNP yellow.

“Patrick Harvie is back in his happy place – Nicola Sturgeon’s pocket.

“The Greens have shown they are too weak to stand up to the SNP and support the position they already set out in two votes of the Scottish Parliament.

“The case for the Vote of No Confidence in John Swinney is clear to any impartial observer.

“We can no longer trust him to do the right thing.

“He has abused his power to cover up crucial evidence.

“He said he would respect two votes of the Scottish Parliament – he didn’t.

“He ignored them entirely until his job was on the line.

“Even now, he is still hiding evidence from around 10 legal consultations.

“He claimed he had released all key legal advice – only to wait a few days and release more.

“We are supposed to accept that no notes were taken at a pivotal meeting involving the First Minister, senior lawyers and the permanent secretary.

“That is ludicrous and beyond belief for any fair-minded person.”