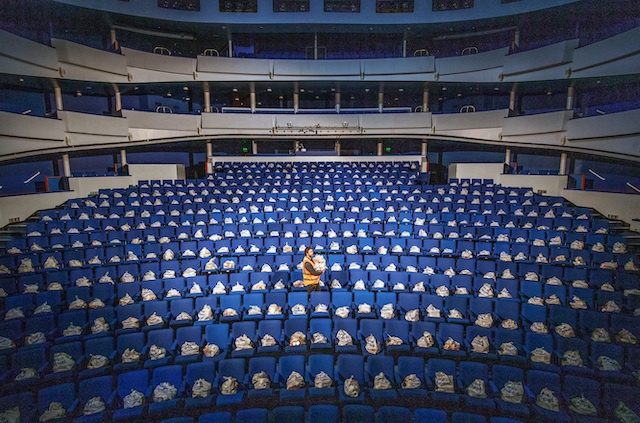 Eden Court is one of four UK arts organisations, selected from over 260 submissions, to receive the inaugural Award for Civic Arts Organisations by the Calouste Gulbenkian Foundation (UK Branch), in partnership with King’s College London.

Part of a slate of initiatives being supported by the Foundation in response to the pandemic, the award supports a growing movement of arts organisations reflecting on their relationship within their local communities and wider society.

It is hoped that the award will shine a spotlight on the vital role that arts organisations play in sustaining a thriving, creative and connected society, particularly during times of crisis.

Earlier this year it had been announced that Eden Court was one of the 10 short-listed organisations from the 260 applications.

Andrew Barnett, the Director of the UK Branch of the Calouste Gulbenkian Foundation said at that time:

“Up and down the country, arts organisations have been playing a pivotal role in sustaining our communities, providing connection, joy, and hope.

“The ten shortlisted organisations are each uniquely modelling what it means to have a civic role.

“Their approaches will inform and inspire the work of others at this challenging time.”

Each of the ten short-listed organisations were then invited in February to present to the foundation in further detail.

Eden Court is one of the organisations that will receive £25,000.

“At the beginning of the pandemic, when the very future of our organisation looked in doubt, an opportunity arose to form a unique relationship with the Highland Council.

“Within days of closing our doors Eden Court staff pivoted to new roles delivering the humanitarian and emergency response to the crisis.

“From turning our theatre into a Humanitarian Aid Centre, to the delivery of an emergency helpline using our box office system to supporting teaching and learning in Key Worker Hubs, colleagues from ushers to senior managers rallied.

“We are humbled and honoured by this recognition.

“The funds will go a long way to further embedding Eden Court into the civic life of our community.”

Don Robertson, Eden Court’s Chair of the Board, said:

“I am extremely proud of all of the Eden Court staff who utilised their skills to assist with the critical humanitarian efforts in the Highlands.

“Congratulations to all award recipients who responded in multiple valuable ways.”

Bill Lobban, the Convener of the Highland Council, said:

“The Highland Council is honoured that Eden Court has been awarded one of the inaugural UK Civic Arts Awards and this is highly deserved.

“Eden Court staff were invited to support the delivery of Highland Council’s resilience response, using their special skills in partnership with the Council.

“We are grateful for their support in these challenging times, to help minimise the devastating impact of the coronavirus pandemic on our communities.

“We value the impact of arts and culture on our communities in normal times and in the COVID-19 crisis, the resilience and inventiveness of the Eden Court workforce has shone brightly.”

The award seeks to highlight and celebrate civic arts organisations and their response to the pandemic.

The Calouste Gulbenkian Foundation funds the award, with King’s College London as the academic partner to deliver it, involving students from the Department of Culture, Media & Creative Industries in the Faculty of Arts & Humanities.

Inverness Welcomes in 2023 in Style