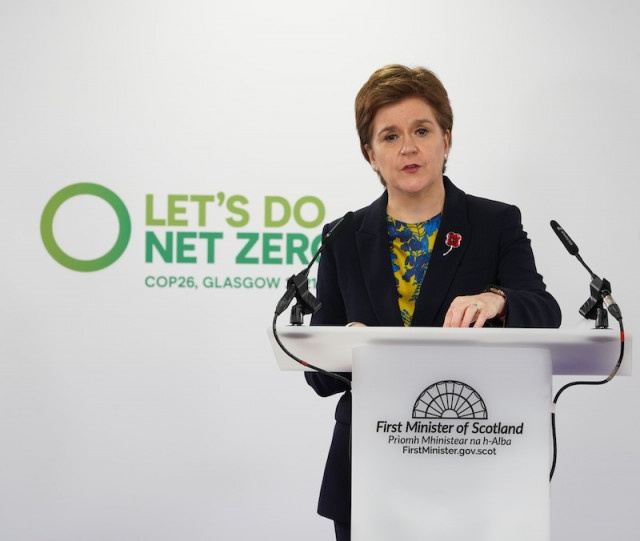 ‘Voice of young people must be heard’, says FM.

During COP26 the First Minister will engage regularly with Vanessa Nakate, from Uganda, including at today’s Global Climate Assembly event in the green zone.

They were later joined by young Scottish activist Dylan Hamilton.

Speaking after the meeting The First Minister said:

“The voice of young people must be heard at this summit.

“We should not need them to be the conscience of world leaders, but we cannot deny that it is their efforts that have helped to put the climate emergency centre stage.

“Vanessa, Greta and I discussed the importance of world leaders delivering on commitments that will keep the limiting global warming to 1.5 degrees, and of the need for the long promised $100 billion of climate finance to not just be delivered, but to get to the communities that need it most.

“We also discussed the important issue of loss and damage and the need for this COP to make progress on a mechanism to support countries already feeling the impact of climate change.

“Listening, learning and having open conversations is essential to making progress.

“They rightly challenged me on where Scotland could do more, and how we could influence world leaders at this COP and I look forward to spending further time with Vanessa throughout the summit and the insight, ideas and challenge she will provide throughout, starting later today at the Global Assembly.”