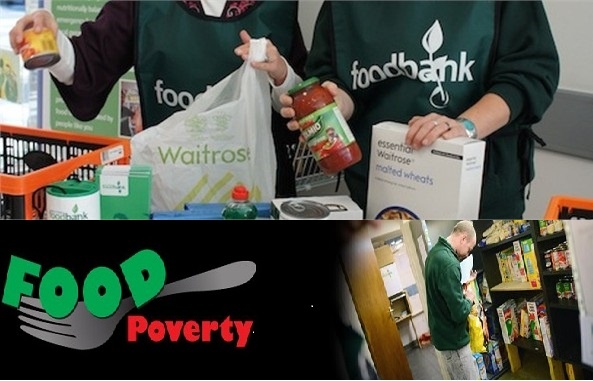 The UK government must do more to support struggling families, including through extending the furlough scheme, after a damning new report forecast a “61% increase in food parcels” in the coming months – equating to “six parcels given out every minute.”

The report published today by the Trussell Trust also found that –

There is likely to be at least an extra 300,000 emergency food parcels distributed by food banks in the Trussell Trust network in the last quarter of this year – an increase of 61% compared to the previous year.

In the second quarter of this year, the need for food parcels remained “much higher than normal, at 81% above last year’s levels.”

And, that “removing the current temporary increase in the Universal Credit standard allowance rate could increase use of food banks in the Trussell Trust network by almost 10%.”

In its conclusions, the network backed calls made by the SNP on the UK government to protect people’s incomes by making permanent the £20 uplift to Universal Credit and to “rethink the impending cliff edge of the Job Retention Scheme coming to an end.”

“Even before the coronavirus pandemic hit, a worrying number of families across the UK were struggling to get by and were having to turn to food banks.

“However, the crisis has compounded challenges and delivered a severe hit to people’s livelihoods and households.

“The research published by the Trussell Trust makes for dire reading, with the network forecasting that food bank use could surge by a staggering 61% in the coming months – equivalent to 846,000 parcels being given out.

“Behind these statistics are families hit by the pandemic and in desperate need of support.

“The Chancellor pledged at the start of the crisis that the UK government would do ‘whatever it takes’ to help people.

“That rhetoric must be met with tangible steps.

“It is vital that if we are to prevent another wave of families and children being plunged into hardship that the Chancellor extends the furlough scheme to protect people’s incomes, and that the Treasury strengthens gaps in support to ensure no one is left behind.

“Figures in the report highlighting that the job retention scheme has managed to keep the levels of people who were furloughed turning to food banks low – at just 4% – goes to show the importance of why an extension to the scheme now is crucial, otherwise we risk seeing these numbers rising sharply from next month.

“Beyond the furlough scheme extension, the Tories must make permanent the £20 uplift to Universal Credit – a move echoed by the Trussell Trust – and to extend this uplift to all legacy benefits.

“If the Tory government fails to act, then tens of thousands of people will face losing their jobs and income, people will be pushed into debt, and households will depend on food banks to survive.”