From Guyana to Fortrose in The 19th Century 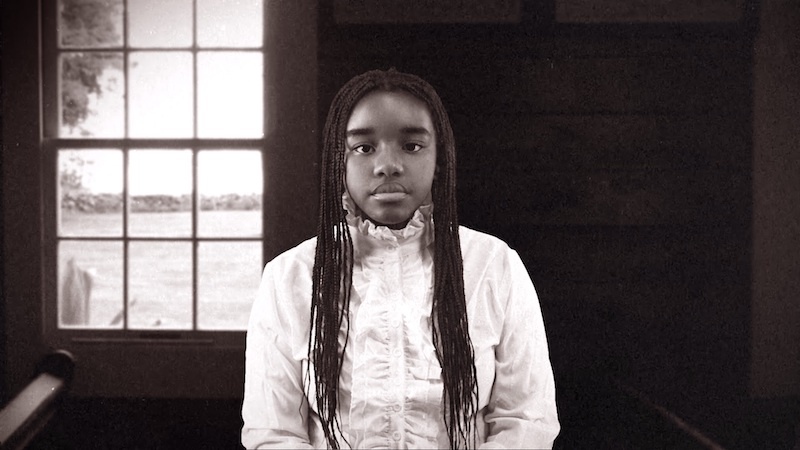 A brand-new Gaelic drama telling the remarkable story of a young girl from Guyana who was brought to the Black Isle in 1816 will have its first public showing at this month’s Blas Festival, which kicks off this Friday, 20th November.

‘Eliza’ is a fascinating film about Eliza Junor (main picture, played by Tawana Maramba), a young girl uprooted from Demerara in Guyana by her plantation-owning father, Hugh Junor (pictured, played by Ronan MacColla), to settle in Fortrose in the 19th century.

Along with her younger brother William, she travelled the thousands of miles by boat and horse-drawn coach to live on the Black Isle.

David Alston, the Cromarty-based historian has been researching her story for over twenty years and although little is known about Eliza’s mother’s background, she was either a slave or a free coloured woman and did not accompany her children to Scotland.

Four young Gaelic actors, all under the age of 20, were involved in the film.

The lead role is sensitively portrayed by Edinburgh based student Tawana Maramba (18).

Eliza’s story has been turned into a short film by Angus Macleod and produced by Gaelic arts organisation, Fèisean nan Gàidheal.

Inspired and captivated by Eliza’s story, Eilidh Mackenzie, Fèisean nan Gàidheal’s Fèisgoil manager, has composed a new Gaelic song, Òran Eliza, which is performed by Inverness Gaelic singer, Ellen Macdonald, who sings with the bands, Dàimh and Sian, and multi-instrumentalist Innes White, who is originally from Dingwall.

The song, Òran Eliza, will be available for download from the Fèisean nan Gàidheal Bandcamp on Friday 27th with any monies raised going towards a crowdfunder looking to raise money for hungry children in Guyana.

“Eliza’s story is an emotional one and provides us with an insight into the part played by Highland communities in the global slave-trade.

“Schools throughout Scotland where Gaelic is taught as a first or additional language have been invited in the lead up to Blas Festival to watch the film and participate in accompanying workshops.

“With the rise in the Black Lives Matter movement, most children have an awareness of the topic but little understanding of Scotland’s direct connections to slavery and these are important topics to raise through education.”

“The project provided a great opportunity to work with a number of young, up and coming Gaelic speaking actors from across Scotland.

“The restrictions in place during the production gave us the opportunity to take advantage of exciting filmmaking and visual effects techniques and allowed us to work with actors and film makers remotely.

“We were delighted to collaborate with Wildbird and Node Graphics who enabled us to realise our original vision so successfully.”

The Blas Festival, which usually celebrates Gaelic culture and the thriving Scottish traditional music scene over 8 or 9 days of events in venues across the Highlands and Islands, will take place online over 11 days this month, via a variety of free and ticketed livestreamed and pre-recorded concerts, cèilidhs, workshops and other events.

Friday’s opening event will feature a new musical arrangement by Mike Vass, and featuring young musicians from fèisean across Scotland.

Blas, which means ‘taste’ or ‘sample’ and is organised by Fèisean nan Gàidheal in partnership with The Highland Council, will take place from 20-30 November.

Eliza will be shown online on Saturday 28th November at 7.30pm.

All events taking place during Blas will strictly adhere to current government guidelines.

The full programme of events can be found here along with details of how to purchase tickets.