Gove Told to Come Clean Over Contacts With Galloway 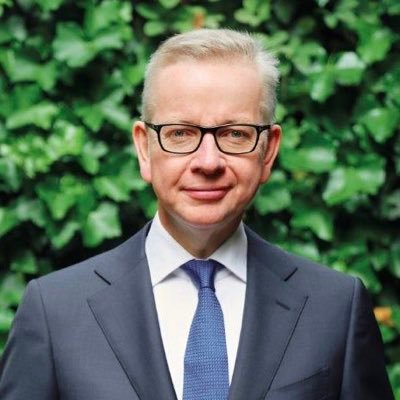 The SNP has challenged UK Government Minister Michael Gove (pictured) to declare what meetings and discussions he has had with “race-baiting” Holyrood election candidate George Galloway.

“Well #Humza you’re not more Scottish than me.

Galloway’s Tweet has been widely interpreted as “race baiting” and displaying the worst kind of Trump-like politics.

Despite Galloway’s highly-controversial political history, he has been reported as having been enlisted by the UK Tory Government to help combat rising support for Scottish independence.

Tory Cabinet Office Minister Gove, who has been given control over the campaign to save the failing Union at all costs by Boris Johnson, is said to have held private talks with a wide range of notable names including Galloway.

Gove’s discussions with the former socialist firebrand reportedly took place shortly after Galloway launched his Alliance for Unity party, for which he is standing to become an MSP at May’s elections.

They are said to have discussed pro-Union strategy as support for independence has grown.

“Forming an unedifying alliance with a former Labour MP and current broadcaster on Kremlin-backed RT television channel in a bid to obstruct the democratic right of the Scottish people to choose an independent future is a truly desperate measure.

“The Tories are clearly in a panic if they would take advice from shady political mercenary Galloway, who is prepared to hitch a ride with anyone if it gets him elected.

“No matter how low the Tories stoop by sharing a platform with Galloway’s Alliance For Unity mob of cranks and misfits, the people of Scotland will see through it.

“This election comes down to a stark choice on who should decide the country’s future and lead our recovery from the COVID-19 pandemic – should it be the people of Scotland or Boris Johnson?

“That is why we will be campaigning for Both Votes SNP on May 6 to put Scotland’s future in Scotland’s hands.”