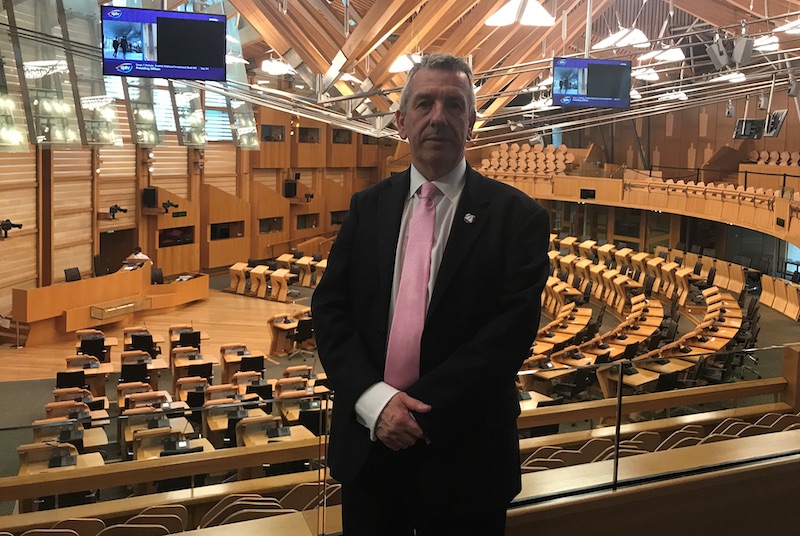 In his final question in the Scottish Parliament, veteran Highlands & Islands Labour MSP David Stewart (pictured) made a plea for the iconic Lochaber smelter.

Mr Stewart endorsed comments made by the Cabinet Secretary for Rural Economy and Tourism Fergus Ewing in his ministerial statement.

Cabinet Secretary was asked to reassure Parliament about the smelter owner’s operations in Scotland, particularly in Lochaber, following the collapse of the Greensill Capital UK finance firm.

Mr Ewing told the chamber jobs at the smelter were secure and the order book was healthy.

In a speech that followed, Mr Stewart said:

“This smelter plays an important role in Scotland and the UK as the only smelter still operating.

“It is really important because of its high-skilled workforce and the effect that it has on the Lochaber and beyond economic and social fabric of the area and it is important that it continues to be part of Scotland’s industrial strategy and the creation of green jobs.”

Mr Ewing thanked Mr Stewart for the contribution that he has made to the Highlands and Islands over the three decades he has devoted to elected politics.

While at opposite corners of the ring, had said they always got on well and had strongly campaigned on the same issues.

“I am pleased to receive the reassurance with regard to GFG Alliance’s operations in Scotland and especially in Lochaber.

“When it purchased the Alcan Estate and Smelter in Lochaber a commitment was made to the Scottish Government and the community that they would transfer some of the vast estate to community ownership, this would have created more jobs and boosted the local economy.

“I understand from East Lochaber and Laggan Community Trust that this has not happened.

“I wrote to the Cabinet Secretary about this, and in his response, he appeared to wash his hands off this matter.

“Therefore, can I prevail push upon him to ensure that GFG Alliance make good this commitment?”

The Cabinet Secretary accepted there was work to do in this area, saying community involvement was something he would very much like to see taken forward.

He said he has had discussions with the owner, Sanjeev Gupta, and that they had spoken to Community Councils and had been looking at one project in particular – to which there was no further mention.

“I was pleased to hear some work is being done on this but we definitely need to keep the pressure up on them to get things moving.

“If anything is coming down the line, it’s a long time coming.”