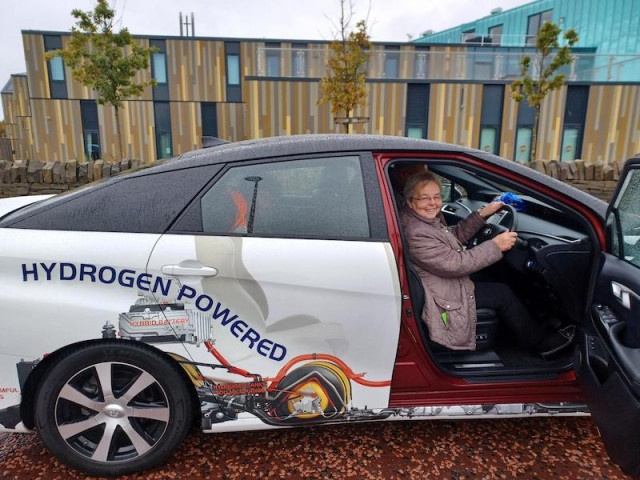 COP26 is now well underway, with leaders and delegates from all across the world meeting in Glasgow to discuss climate action.

On Friday (29 October), the Highlands and Islands showcased low carbon transport at the UHI Inverness Campus.

Low Carbon Day saw demonstrations of hydrogen vehicles, including a bus which was provided shuttle rides for attendees around the campus, a road sweeper, reuse lorry plus a hydrogen car.

“It was great to see so many people out and the hydrogen vehicles received a lot of interest.

“The HITRANS e-cargo bikes are now looking for new homes with businesses looking to trial them for the next three months, and HI-BIKE has promotions running for the duration of COP26.”

“It was good to see the hydrogen vehicles at UHI on Friday.

“I enjoyed my test drive of the car but would like to see a more economical model.

“This would take less resources and more aptly fit the climate change objectives.”