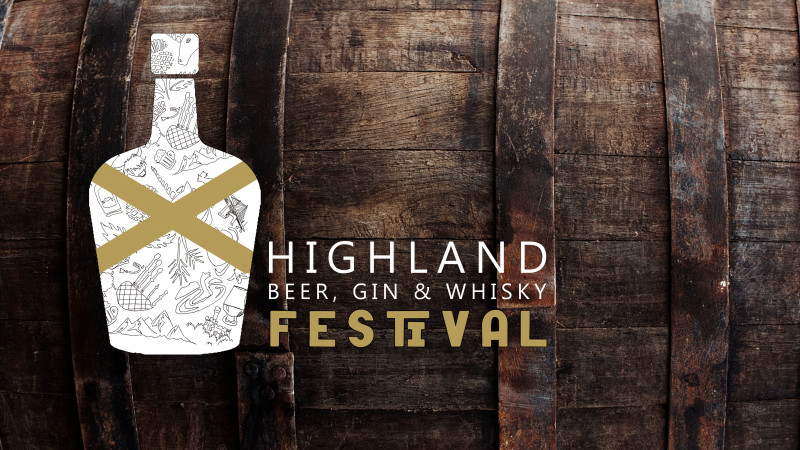 The first Highland Beer, Gin & Whisky Festival is set to take place in Inverness over the Platinum Jubilee weekend, 3rd-5th June 2022, in aid of local charities.

Tickets are now on sale for the event which will bring together the best beer, gin and whisky from across the Scottish Highlands, as well as hosting local food trucks, at the grounds of Highland Rugby Football Club (Highland RFC) at Canal Park, Inverness.

All proceeds from the festival will benefit Mikeysline, Alzheimer Scotland, My Name’5 Doddie and Highland RFC.

The festival will be held in conjunction with Inverness City 7s; a two-day rugby 7s competition with tournaments for elite men’s, social women’s and men’s and a full programme for junior boys, girls and young adults.

The weekend of events kicks off on the afternoon of Friday 3rd June at 3pm with a Mini’s and Micro’s Festival of Rugby.

The Beer, Gin & Whisky Festival opening ceremony is at 6pm followed by a XV aside Invitation Rugby Match and a free to enter Feis Rois Highland Ceilidh.

Following the rugby qualifying tournament on Saturday there will be music from the Electric Cherries until late.

Sunday 5th June is finals day for the rugby tournaments and a DJ will be playing throughout the afternoon and evening.

This will be the first time that a Rugby 7s tournament has been held in Inverness since 2013.

Teams will come to the Highland capital from all over Scotland with invitation sides Spearheads and Crusaders already signed to the Elite event and strong interest from senior National League clubs and local sides for the social tournaments.

“After being delayed twice due to Covid, we are so excited to finally be able to put tickets for the inaugural Highland Beer, Gin & Whisky Festival and Inverness City 7s on sale.

“It looks set to be a fantastic weekend of food and drink from the Highlands, great music and, of course, Rugby 7s.

“The weekend will be a highlight of Highland RFC’s centenary year events, but we hope it will provide a legacy lasting well beyond our 100th year.

“The Highland Beer, Gin & Whisky Festival and Inverness City 7s will also bring in funds for the club’s dedicated charities, Mikeysline, Alzheimer Scotland and My Name’5 Doddie, as well as Highland RFC to help us continue to promote and deliver rugby to communities across the Highlands.”

Tickets can be booked at: https://www.highlandrugbyclub.com/events/highland-beer-gin-and-whisky-festival/