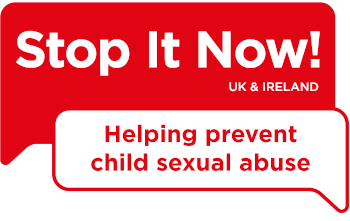 The number of people accessing self-help resources to stop online child sexual abuse has increased by more than 200 per cent during lockdown.

Stop it Now! Scotland has reported increased numbers of people from Scotland accessing the Get Help section of its website.

This includes a peak in traffic after Police Scotland launched its latest online child sexual abuse prevention campaign on 14 April, #GetHelpOrGetCaught, from 60 in the four weeks prior to launch to 185 in the four weeks after launch.

More than 79,000 people across Scotland viewed the Stop It Now! Scotland website during that same period.

“Lockdown guidelines remain firmly in place across Scotland including physical distancing and advice to stay at home.

“People are online much more than usual and that increases the potential threat posed by online predators.

“There may be various reasons why more people are accessing Stop It Now! Scotland’s Get Help pages, including the launch of our campaign.

“It is clear, however, that not only is awareness of the threat of online child sexual abuse increasing but so too is awareness that help is available to prevent offending.

“We will continue to prioritise tackling online child abuse through identifying offenders and by preventing children becoming victims of online predators.

“Offenders will be caught and they will face the full, real life consequences of their online actions.

“Abusers are responsible for their actions, it is up to them to take action and stop, to get help or get caught.”

“We know that out with the lockdown thousands of people across Scotland are viewing and sharing sexual images of under 18s and that the grooming of children and young people online is a problem within Scotland.

“During the latest Police Scotland campaign, the number of people accessing our self-help resources has tripled.

“These resources are available free of charge to anyone who is worried about their own internet usage around sexual contact online with children and young people.

“In a time when internet usage is up, and more people are staying at home this number begins to grow and the risk to children grows with it.

“For those with worrying thoughts, feelings or behaviours towards children, particularly online, their coping mechanisms and strategies become even more limited in a time where many people are not going out to work or socialise.

“We would urge anyone who is worried about their use of the internet particularly if they are concerned about their increased risk of looking at indecent images of children or talking to a child or young person in a sexual way online to get in touch with us to seek help at the earliest possible opportunity.

“Our services, UK helpline and website give anonymous, and confidential support and advice to stop and stay stopped.”

Get Help Resources statistics from Stop It Now! Scotland show that in the four weeks prior to the campaign launch, 60 people accessed Get Help resources which are aimed at people who are worried about their online behaviour with regard to sexual images or contact with children and young people.

In the four weeks of the deterrence campaign this number grew to 185 across four weeks.

Over 79,000 people across Scotland viewed the Stop It Now! Scotland website during the deterrence campaign period.

Police Scotland’s Get Help or Get Caught campaign has concluded its initial run but the campaign’s social media ad will continue to run periodically.