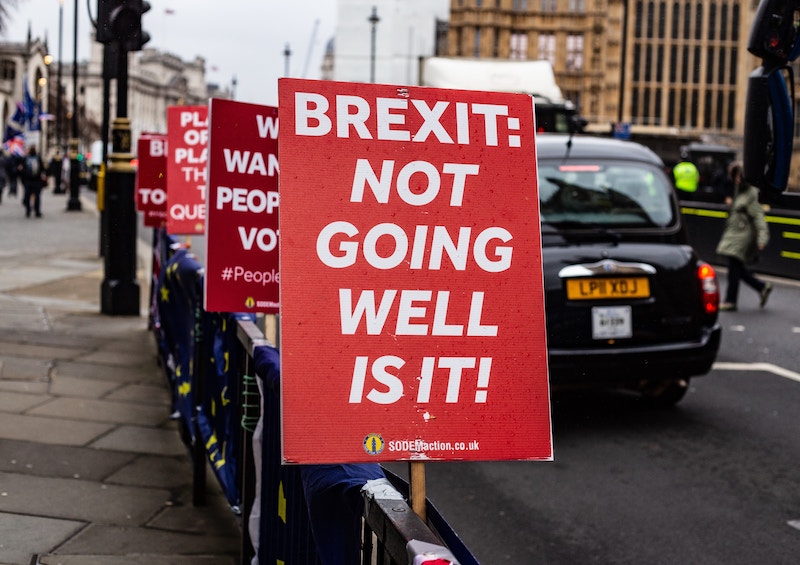 The UK’s languishing economy has become “the new norm” as a result of the Westminster obsession with imposing Brexit, the SNP has said – as new analysis shows the UK has been knocked 15 years off course from meeting its export targets.

It comes as the UK government’s own estimates predict a marked drop in UK exports over the next year, indicating the UK is even further off hitting the £1 trillion export target the Tory government had committed to meet by 2020.

The Department for International Trade estimates, based on forecasts from the Office of Budget Responsibility (OBR), show the UK is now not expected to meet its 2020 target until at least 2035 – a full fifteen years late.

“The UK’s languishing economy has become the new norm for Brexit Britain.

“Every day, the evidence mounts on the catastrophic long-term damage being done by the Tories and pro-Brexit Labour Party as they impose this Brexit disaster against Scotland’s will.

“Neither Rishi Sunak or Keir Starmer are being straight with people about the harm Brexit is causing.

“The only way to keep Scotland safe is to become an independent country and regain our place in Europe.

“The conspiracy of silence at Westminster over Brexit will ensure the UK remains well behind EU nations on economic performance – costing ordinary households dearly as prices rise, wages are squeezed, and jobs are destroyed.

“The Tories were already failing to meet their own targets due to poor economic management.

“Now as Brexit bites, the UK economy is slumping behind as our European neighbours take their business elsewhere.

“Scotland’s businesses will continue to suffer under Westminster control as export opportunities are diminished by a Brexit Scots didn’t vote for.

“Only independence offers the opportunity to escape Brexit and strengthen Scotland’s economy.”