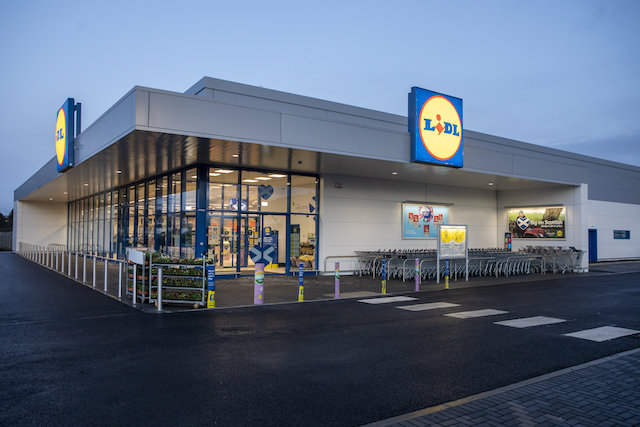 Lidl GB has published its annual list of key areas across Scotland where it is interested in acquiring sites for potential store development.

Inverness features on the list, with Lidl ideally looking for a site in the south of the city.

This forms part of the discounter’s ambitious plans to have 1,000 stores throughout Great Britain by the end of 2023.

The list of desirable locations for new stores is aimed at landowners and freeholders with suitable sites who are interested in exploring opportunities with Lidl.

The discounter is seeking prominent sites, which are easily accessible, and have a strong pedestrian or traffic flow, whilst it is also interested in mixed-use sites.

In addition to offering quality food at the lowest prices on the market, many of the new Lidl stores will feature solar panels on the exterior to provide renewable energy for the site, in addition to the installation of electric vehicle charging points.

Each new store will also become part of Lidl’s food redistribution programme Feed It Back, which sees surplus food donated to those within local communities that need it the most, via food banks or partner charities.

The list of site requirements comes as Lidl’s store expansion continues at pace.

Since 2019, Lidl has celebrated the landmark opening of its 100th Scottish store in Cowdenbeath and the unveiling of its regional distribution site in Eurocentral, Lidl’s largest in Great Britain.

“We want to continue to reach more shoppers across Scotland and our site requirements brochure is a testament of that.

“There are towns that will be new for Lidl and in some places, the potential to even double our sites.

“Each new store will have quality food and drink at great prices including produce from over 60 Scottish suppliers.

“We look forward to opening new stores in the coming months and years and becoming part of local communities.”

As part of its ongoing plans, Lidl has committed to investing £1.3bn in its store expansion over 2021 and 2022.