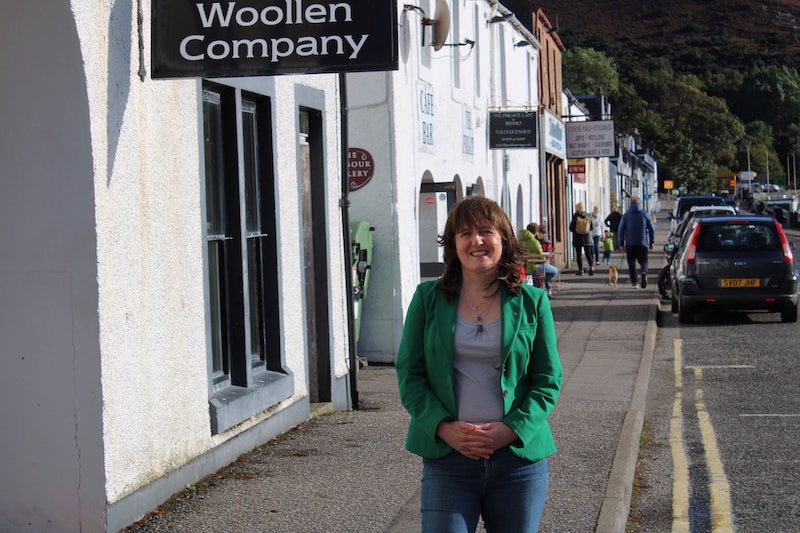 Maree Todd MSP (pictured) has supported a local campaign aiming to raise awareness of the impact of gender-based violence in the Highlands & Islands.

The #ChangeHerStory campaign is part of the global 16 Days of Activism Against Gender-based Violence, running from the 25 November to 10 December.

For each of the 16 days, organisations throughout the Highlands & Islands have been sharing stories, resources and content about how gender-based violence affects rural communities.

The campaign calls on the general public, politicians and businesses to share what they would like to see change for women and girls using the hashtag #ChangeHerStory.

“We live in a gender stereotyped world.

“I want to change the cultural conditioning we all experience, because at the very least it limits our horizons and at the very worst it creates a world where violence against women & girls is more likely.”

Commenting on the support services available throughout the region, Ms Todd adds:

“We have some fantastic support services available throughout the Highlands & Islands, from RASAH (Rape & Sexual Abuse Service Highland) to the Orkney Rape and Sexual Assault Service.

“I would encourage anyone who is a victim of abuse to reach out to their local support service and access the necessary support.

You are not alone – please don’t suffer in silence.”

The end of the #ChangeHerStory campaign will be marked on the 10 December at 7 pm through a virtual ‘Reclaim the Night’ march.