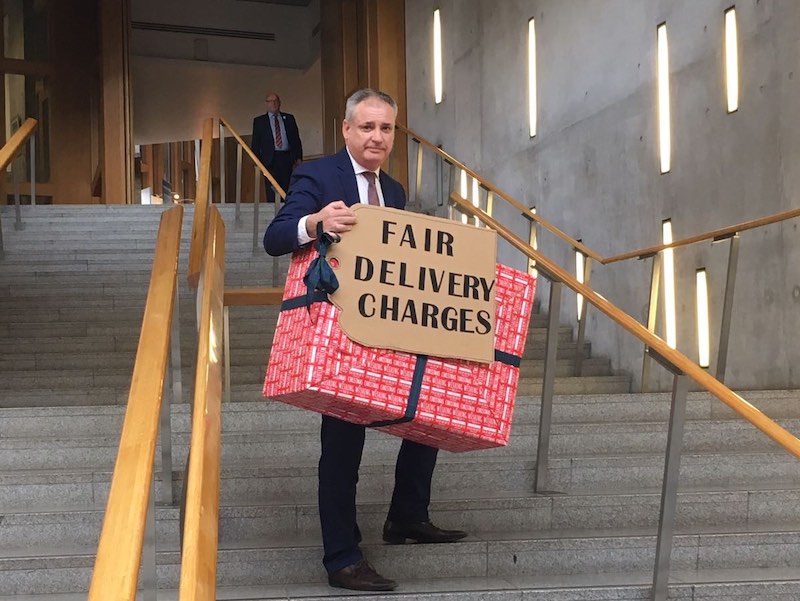 Moray CAB has launched a campaign and is asking local consumers and businesses to complete their online survey to share their experiences of delivery surcharges.

Moray’s MSP has led the campaign against unfair parcel delivery surcharges and has repeatedly called on the UK Government to introduce legislation to end these discriminatory practices.

SPICe calculated that in 2019, the additional cost to Scotland of parcel delivery surcharges was £40m, which is an increase of 11% since 2017.

The same research showed that additional surcharges cost consumers in Moray £2.78m in 2019.

“It is a source of huge frustration for shoppers and local businesses, that companies and couriers continue to impose unfair and often ridiculous parcel delivery surcharges on customers in Moray and across the north of Scotland.

“Citizens Advise is an organisation I’ve had regular contact with throughout my campaign, so it is great to see Moray CAB launching its campaign against unfair surcharges.

“I would encourage consumers and businesses in Moray to get behind their campaign and respond to their new survey, to share their experiences.

“Since I launched my campaign back in 2017, we’ve managed to secure cross party support and what started out as a Moray campaign has become a big national issue.

“That progress is welcome but this issue needs to be treated more seriously and it is clear that there’s public support in Moray and across the north of Scotland for action to be taken to end these rip off fees once and for all.

“I look forward to working with Moray CAB to campaign and push for action that sees an end to consumers in Moray being ripped off.”