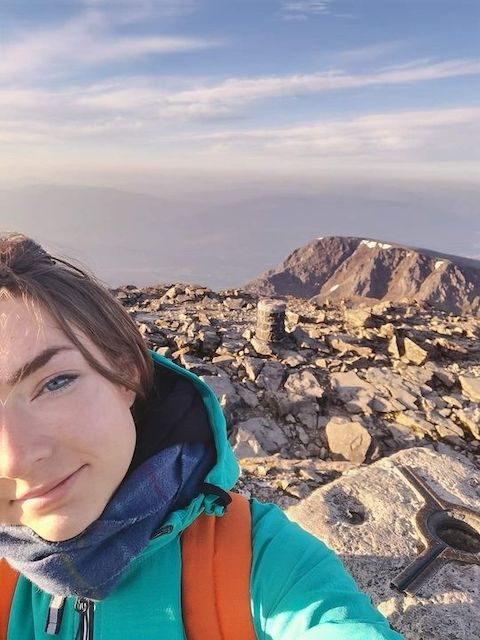 Police Officers in Fort William are appealing for information to help trace a woman reported missing in the Lochaber area.

Sarah Buick (24), an experienced walker from Dundee, was last known to be, as pictured, at the Summit of Ben Nevis around 5am on Tuesday, 22 June.

She has not been seen or heard from since and there is growing concern for her welfare.

Sarah walked to the summit from the Lower Falls area of Glen Nevis, to the South of Ben Nevis, but may have walked to other locations after her summit of Ben Nevis, or intended to return using a similar route to descend to Glen Nevis.

She is described as being around 5ft 3ins tall, of a slim build with long brown hair.

At the time she went missing she was wearing a light green jacket and carrying an orange rucksack.

“As time goes on we are becoming increasingly concerned for Sarah.

“She is an experienced walker and often makes trips alone, but it is very unlike her to be out of contact with friends and family for this length of time.

“We are appealing to anyone who may have been in the Ben Nevis or Glen Nevis area over the last 36 hours and has seen anything which may help our searches to please get in touch.”

Anyone with information is asked to contact police on 101 quoting incident 2741 of 22 June.