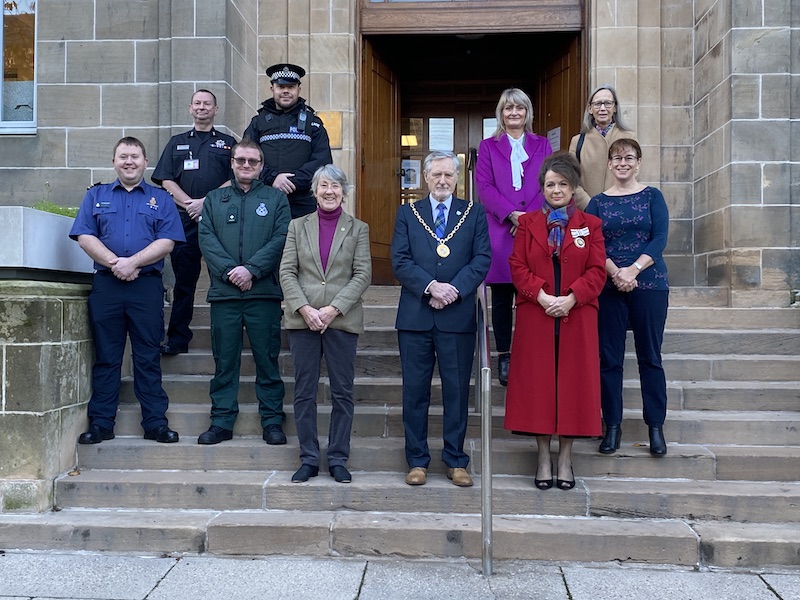 Moray Council has raised the Emergency Services Day flag above its Headquarters in Elgin to observe the national day, taking place this year on 19 October.

The flag raising followed a two minutes silence to remember more than 7,500 emergency service personnel killed as a result of their service.

The UK-wide awareness day also showcases support for those working and volunteering in emergency services.

Usually held on 9 September, this year’s day of remembrance and thanksgiving was postponed due to the passing of Her Majesty The Queen.

“It’s important we mark our annual chance to thank those individuals who dedicate their lives to working and volunteering in the NHS and emergency services.

“Emergency service personnel often go above and beyond, while putting themselves in great danger, to protect us on a daily basis.

“It’s likely we all know someone who has been impacted by the emergency services in some way and I give my thanks on behalf of Moray Council.”