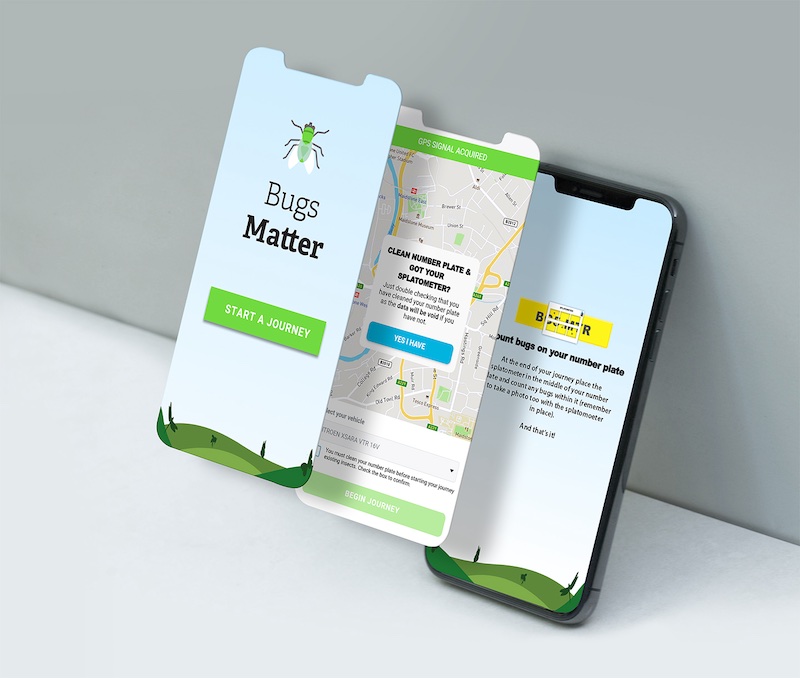 The Bugs Matter Citizen Science Survey, led by conservation charities Kent Wildlife Trust and Buglife, found a staggering 40% decline in insect numbers sampled on vehicle number plates between 2004 and 2022 across Scotland, however it is unclear whether this represents a long-term trend or is the result of record summer temperatures

As world leaders meet to discuss global declines in biodiversity at the COP15 UN Convention on Biological Diversity, the 2022 Bugs Matter Survey results reveal shocking declines in the numbers of flying insects in Scotland and across the UK, supporting the call that urgent action is needed to restore insect populations.

Increasingly, abundance, not just diversity, is being recognised as a key driver in creating landscapes that are resilient to the impacts of the climate and nature crises.

The Bugs Matter Citizen Science Survey uses an innovative method for the large-scale surveying of flying insect abundance across the UK.

The survey runs every summer and involves citizen scientists recording the number of insect splats on their vehicle number plates following a journey.

The latest 2022 Bugs Matter report has found that the number of insects sampled by citizen scientists in Scotland reduced by a worrying 40% between 2004 and 2022.

Although this is an increase from 2021, where insect numbers in Scotland declined by 46% between 2004 and 2021, the difference was not statistically significant so robust conclusions cannot be drawn on insect population trends.

More citizen scientists are needed across Scotland to take part in the Bugs Matter survey next year, not only to understand how Scotland insect populations are faring, but also to help inform conservation efforts.

It is difficult to determine whether these numbers reflect a long-term trend or the result of record summer temperatures causing increased insect activity, though both are a potential cause for concern in the long term.

Insects make up the greatest proportion of life on Earth.

They underpin food chains, pollinate most of the world’s crops, and provide natural pest control services.

Without insects, life on earth would collapse and the survivability of humanity on our planet would be threatened.

There are many causes of insect declines – these include the loss and damage to habitats, pollution of rivers and streams, use of pesticides, and development of wild spaces.

There is growing evidence that these factors have caused significant declines in insect abundance in the UK and worldwide – with knock on consequences for other wildlife and for people.

It is hoped that the survey method could be adopted in other countries, with citizen scientists across the planet taking part to compile a hugely valuable global dataset.

The Bugs Matter team are now busy with upgrades to the app in time for the 2023 survey season, including a trial of artificial intelligence to automatically detect the number of insect splats on a number plate.

“Thanks to citizen scientists across Scotland, we are building a better picture of the health of our insect populations and already we are seeing some concerning patterns in the data.

“However, we need more citizen scientists to take part in the Bugs Matter survey next year and into the future, to understand whether we are seeing actual long-term trends or the impact of the extreme temperatures we faced in 2022.

“Thank you to everyone who took part in this year’s survey.

“We hope even more citizen scientists will contribute to this valuable dataset in the 2023 survey period and beyond.”

“Urgent action is required to address the loss of the diversity and abundance of insect life.

“We will look to our leaders at COP15 for decisive action to restore nature at scale – both for wildlife, and for the health and wellbeing of future generations.”

Those keen to get involved can download the free Bugs Matter app now to sign up for next year’s survey: