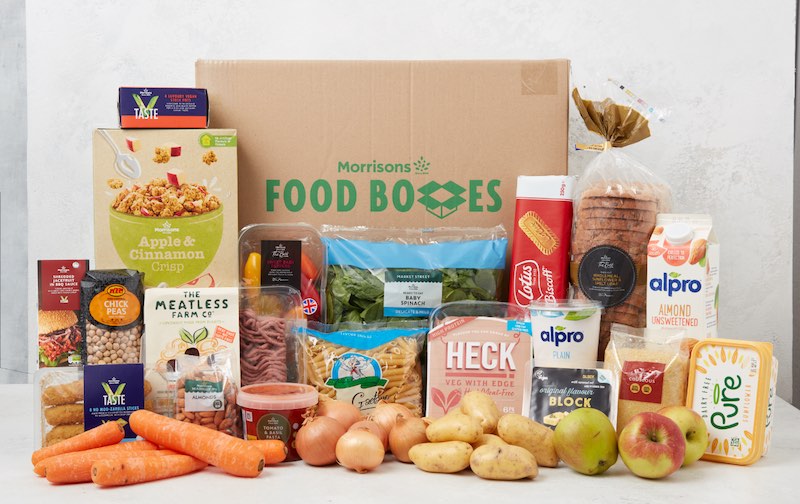 Morrisons has launched a brand-new Vegan Essentials Food Box to help its vegan customers during the lockdown.

The food boxes are particularly helpful for those who are vulnerable or self-isolating and can’t leave the house but are available for anyone to purchase.

Created in response to requests from customers following the launch of Morrisons other food boxes, the Vegan Essentials Food Box is available for £35, including next-day delivery to your doorstep, and will feed two people for a week.

A typical Morrisons Vegan Essentials Box will include:

“Many of our vegan customers have got in touch to ask whether we could create a food box for them.

“We’ve sourced some of the best vegan food for this food box as we continue to play our full part in feeding the nation during these unprecedented times.”

Lockdown has meant that people are shopping differently so Morrisons has launched a number of different food boxes including a Gluten Free Food Box, and British Farmers Food Box.

The Vegan Essentials Food Box is the latest in the range to help feed its vegan customers during the pandemic.