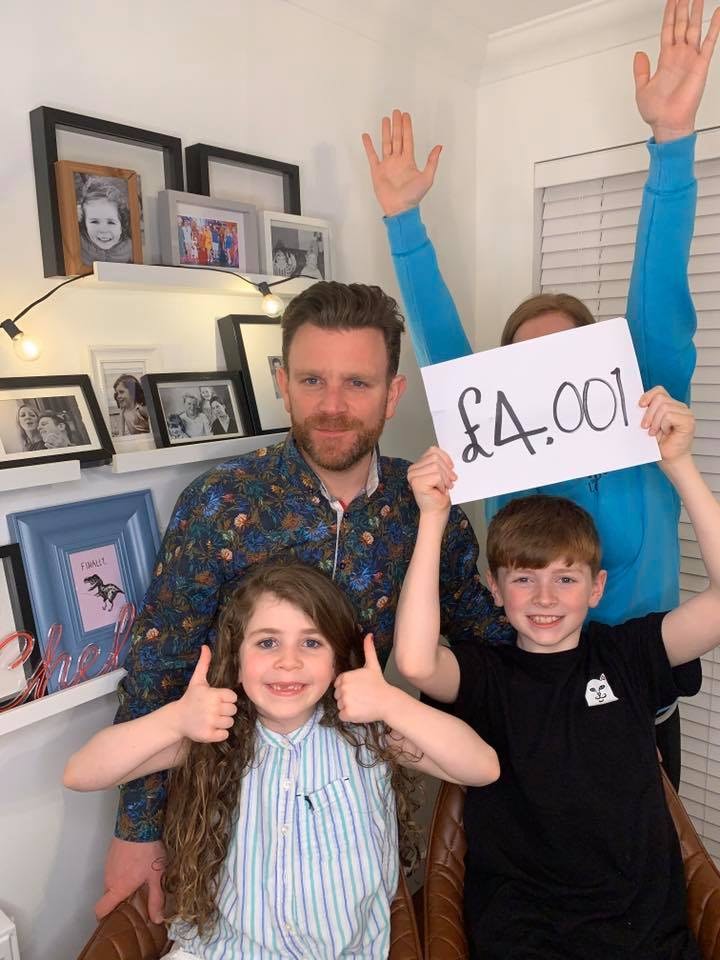 A local landlord who switched to hosting his pub quiz online has helped to raise thousands of pounds for charity.

Over 600 people tuned in to take part in the third online Great Social Distancing Pub Quiz run by Gordon Brailsford of The Mosset Tavern.

And in just three weeks, thanks to donations from the teams taking part, over £4000 has been raised for MFR Cash For Kids

Gordon is used to facing his punters every Tuesday for the famous Landlord’s Quiz, but due to the pub being closed as a result of the Coronavirus pandemic, Gordon decided to bring the quiz to people’s homes.

“It’s a lot of fun, but it’s hard work, but with the tally for MFR Cash For kids standing at just over £4000, it’s definitely worth it,” said Gordon who also looks after the Red Lion in Forres.

“We have been involved with the charity before and it made us realise that there are situations right on our doorstep where people need support and it didn’t sit right with us that this need could be escalating because of the pandemic.

“The charity is in need, so this was our way of helping.”

However, as well as the donations, Gordon who runs the quiz with support from his wife Melissa and kids Leo (11) and Frankie (7) said there have been other benefits too:

“We are thrilled with how people have responded, not just with the money, but there is a real appetite for the contact.

“We are clearly in the hospitality industry and not being able to deliver our usual service to our customers has been hard for us.

“That’s what we thrive on, so this is one way, we can still have that contact.

“Also, we have had so many positive comments from those taking part as it’s encouraging them, using technology to team up with friends they clearly haven’t seen and have a fun night in.

“We also take requests from people online, it’s been a bit like a radio show, so we have been able to do shout outs to local NHS workers, others on the frontline, or spread happy birthday messages for people.

“It’s just really bringing people together in a fun way, helping us pass the time and of course raising much need money for the charity.”

However, Gordon said not everyone has been as thrilled with the quiz as he has:

“We have turned it into a family event and the kids have been getting involved.

“The kids host their own round right at the start, however whilst they enjoy that part of it, they are not that pleased that we make them rehearse.

“However, they are invested in the pub and they are always asking about coming to the actual quiz in our back bar, but can’t as they are too young, so whilst they are not enjoying the prep, they are loving being able to be involved.”

“One not so fun aspect is the abuse.

“People have been making some cutting comments about my attire.

“My choice of shirt got a bit of abuse this week and whilst I am used to dealing with the banter and heckling in the actual pub, it’s a bit different when there is an online crowd of over 600 people.”