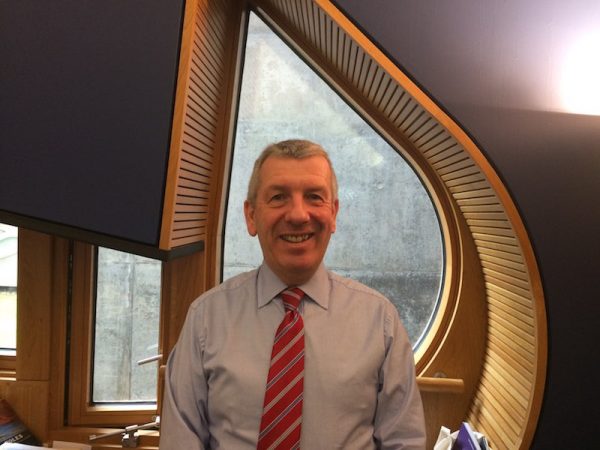 Highlands and Islands Labour MSP, David Stewart (pictured), has tabled a motion in the Scottish Parliament congratulating The Orcadian on its OUTREACH4CLAN campaign which more than doubled its £10,000 target amount.

The campaign was kick-started when The Orcadian won a £500 cash prize for being awarded Newspaper of the Year 2018 at the Highlands and Islands Media Awards in February.

The paper decided very quickly to donate this to CLAN Cancer Support in Kirkwall to help them fund a planned expansion of its cancer support services in Orkney.

The campaign more than doubled its target amount and a staggering £22,786 was raised.

“I had heard about The Orcadian’s campaign and was delighted to be able to call into CLAN when I was in Orkney recently.

“I met some of the paid staff and some of the 60-plus volunteers who support the charity week in, week out, to help anyone who is affected by cancer, either their own or someone else’s.

“The dedication of the staff and volunteers is clear and the individuals, businesses and organisations who supported the cause are to be congratulated.

“It was a real community effort.

“I know the final total of £22,786 will be put to good use in enabling training for additional support volunteers, providing more therapies and classes/group work, and developing CLAN’s outreach programme across mainland Orkney and to the islands.”