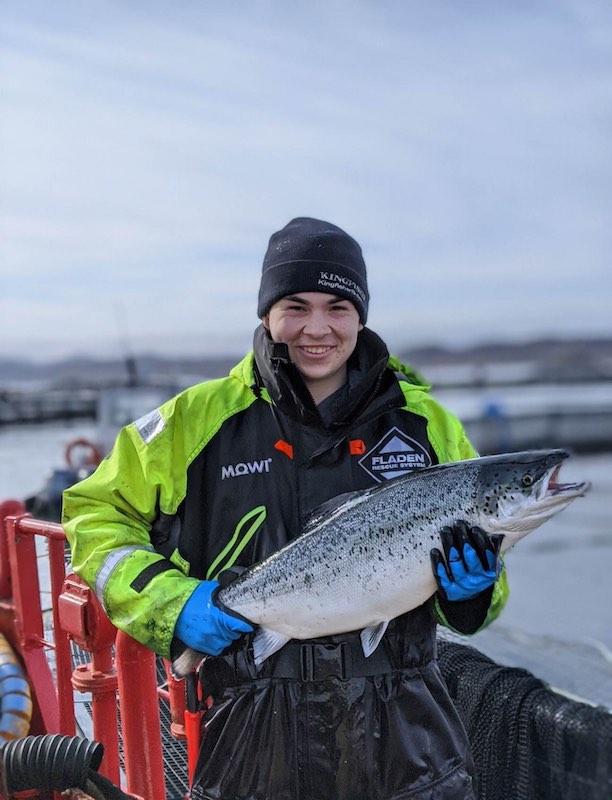 Mowi’s Scottish organic salmon has now entered the UK market, and the company is set to deliver a consistent supply of organic produce from its Scottish and Irish farms.

Following certification from the Soil Association, Mowi has harvested its first organic salmon in Scotland from Loch Ewe.

The organic salmon, which is also certified to EU organic standards and approved by Agriculture Biologique in France, will be sold under newly created brand, the Scottish Organic Salmon Company.

This new volume of organic salmon, combined with the organic salmon that has been produced by Mowi in Ireland over the last 20 years, means that the company is now confident it can supply organic salmon 365 days a year.

Mowi is maximising its in-house expertise both in terms of experience in farming organic as well as selling the final product.

All organic salmon from Scotland will be sold by the Mowi Organic team based in Ireland.

To achieve organic certification with the Soil Association, every step of the process of farming salmon must conform to robust criteria that is inspected annually, including feed milling, farming and processing.

The organic feed is produced at Mowi’s feed mill at Kyleakin on the Isle of Skye, and is regulated by EU legislation and meets the criteria for both the Soil Association and Naturland in Germany.

At the farm, the Soil Association mandates that fish stocking density must be less than 10 kilos of fish per cubic metre – about 30% less than conventional farms.

Anti-foulants cannot be used on nets and the use of medicines and pesticides is also restricted.

Seabed sampling and analysis is carried out every year.

Organic salmon must be processed within strict timeframes and must be the first product on the day’s schedule.

While the organic salmon market is still relatively small, it is hoped that by increasing the supply of organic salmon, Mowi can accelerate the market.

“From our 20 years of experience of producing and selling organic salmon, we know that retailers are reluctant to push it to the same extent as conventional salmon because there just isn’t the same guaranteed continuity of supply.

“Mowi has been confident of supplying organic salmon for nine months of the year, now with the additional Scottish organic volumes, we are confident that we can have continuity of supply 52 weeks of the year.”

Nutritionist Reveals Seasonal Superfoods to Save Money This Month