Musician Loses Ability to Smell After Fall at The Pub 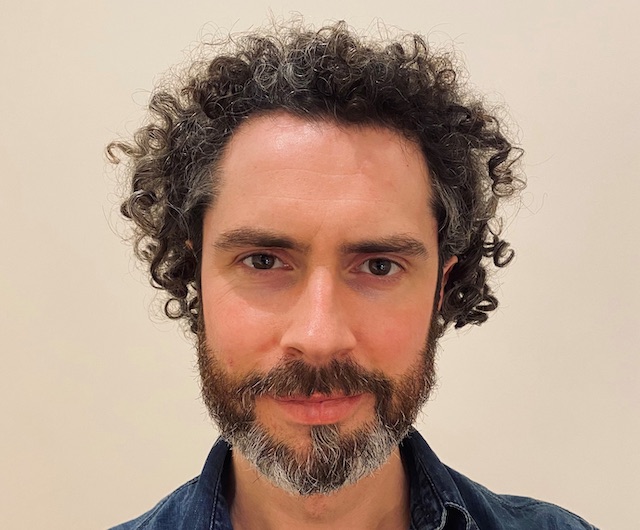 A guitarist turned his back on a promising music career to help others after a fall at the pub left him unable to smell.

Duncan Boak (pictured), 39, suffered brain damage after he fell down a flight of stairs.

Medics gave the all the clear but when Duncan got home he realised he lost the ability to smell.

He admits the loss sparked a depression in his past but after overcoming his challenges is now helping others.

“Losing one’s sense of smell is more common than people think so it’s good for people to know they’re not alone.”

Duncan has not been able to smell since 2005.

Aged 22, he and his bandmates took a break from recording their first studio album in Leeds and headed to a local nightspot called Mojo.

But while walking up the stairs, and still sober, Duncan slipped and fell backwards – he cracked his head at the bottom and was knocked unconscious.

Two days later he woke in hospital where medics confirmed bruising to his brain.

The guitarist remained an inpatient for two weeks and everything seemed fine after his speech, responsiveness and motor functions were deemed normal.

But after returning home and sitting down to a plate of his father’s risotto, Duncan realised he couldn’t smell it.

He then had a startling realisation that he couldn’t smell ANYTHING.

“It was the strangest thing – it’s not something I was immediately aware of even in hospital – but when I sat down to that plate of food I couldn’t smell it.

“It took a long time to adjust and while I know I’m lucky compared to other brain injury survivors it still isn’t without its impact on my life and others like me.

“I can still taste things too – my friends and family actually think I’m a really good cook because I find that I probably use seasonings a little more creatively than most people so I can enjoy food.

“People often ask if I miss smells but the truth is I simply miss being able to smell of being close to someone else like with a hug.

“It’s something you really don’t appreciate until it’s gone.

“And unfortunately I think the last smell I can probably remember is cigarettes – probably because at the time you could still smoke in pubs and that’s where I was when I had my accident.”

Duncan founded charity Fifth Sense, the charity for people affected by smell and taste disorders, and spoke about his own experience ahead of the virtual Digby Brown 2021 Head Injury Information Day on Wednesday 12 May.

Fifth Sense, founded in 2012, provides a range of support and information to people affected by smell and taste disorders and educates public and professionals on the impact of these conditions.

The charity is currently leading a Priority Setting Partnership with the James Lind Alliance, part of the National Institute of Health Research, to give its beneficiaries the opportunity to influence future research.

Duncan admits to struggling with the condition but after coming to terms with things he decided to turn away from the music scene and instead devote himself to helping others.

“I’m not going to lie, I found it tough.

“I was pretty depressed and isolated myself.

“But after a few years I was just sort of struck by a new perspective and gratitude for what I do have.

“So now I’m committed to working with like-minded people and professionals to make sure the right support is there.

“Things like double-checking cookers to make sure the gas is definitely off.

“Even during the last year when loss of smell was identified as a symptom of COVID-19 we took extra steps to ensure sure those who already couldn’t smell had access to sound advice.

“Many people think it’s not a big deal when considered alongside other sensory deprivations such as sight or hearing but it’s about what is unique and impacting the individual to make they are supported.

“Because trust me – if you lose your sense of smell, you’ll miss it more than you can imagine.”

“Duncan’s story is remarkable but what surprised me was how common it is.

“A brain injury can affect people in so many different ways and Duncan’s story is a good example of why rehabilitation must be tailored to the individual’s needs.”