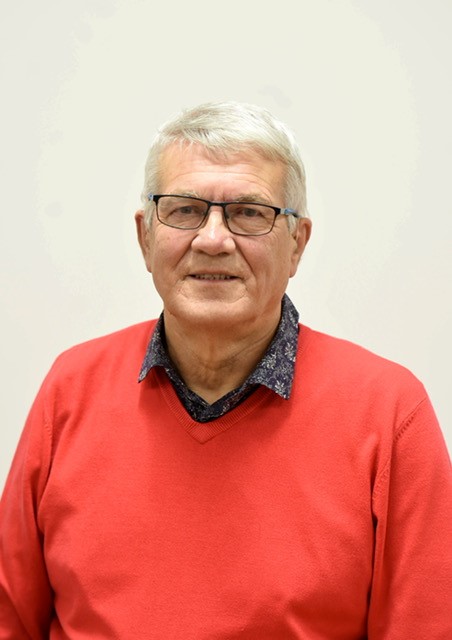 Donald Wilson, who recently retired from the Highland News and Media Group after 51 years in journalism, has been awarded the Barron Trophy for lifetime achievement in the newspaper business.

Donald (67), who lives in Nairn, will receive the trophy at the annual Highlands and Islands Press Ball and Media Awards at the Kingsmills Hotel, Inverness, on Friday 3 February.

He is married to Fiona and the couple have three grown up sons, twins Ryan and Sean as well as Ross.

Donald’s career began at the Nairnshire Telegraph as a cub reporter in 1971 under his mentor Alex Laing and he spent 25 years working with the Bain family, who published the paper, covering a wide range of council, court and sporting events as well as human interest stories within the community.

In 1997, Donald and his family moved to Australia where Donald continued his career in journalism at a local paper in Parkes, New South Wales.

When the family returned home to Nairn, Donald joined the Press and Journal as chief reporter in Inverness, then bureau chief in Elgin.

His next move was to join Scottish Provincial Press and its successor Highland News & Media, under the Highland News and Inverness Courier teams until the two were amalgamated.

When the Nairnshire ceased publishing in 2020, Donald provided the news for the Nairnshire edition of the Inverness Courier and focused entirely on his home patch again.

Donald has reported on many big stories, including the murder of Nairn banker Alastair Wilson for which he was heavily featured in a recent television documentary on the subject.

In 2010, he wrote a book about his footballing hero Davy Johnston, who had three spells with Nairn County and played for Caledonian as well as Hearts, Aberdeen.

It was called “Pittodrie’s Silent Assassin” in recognition of Davy’s time with Aberdeen.

Donald also co-wrote the history of Nairn County FC and helped raise £100,000 for the local Highland League club during his spell as a fund raiser.

Currently he is researching a book chronicling the history of Junior football club, Nairn St Ninian.

“Donald deserves recognition from his peers across the Highlands and Islands for the very significant role he has played in Nairn and the wider Highlands, not least through his hunger to gather news and report in a fair, balanced and accurate manner.

“The award of the Barron Trophy is a fitting end to a long and distinguished career.”

“It’s certainly an honour to be recognised with this award and somewhat humbling given the many fine journalists who have been recipients of the Barron Trophy.”