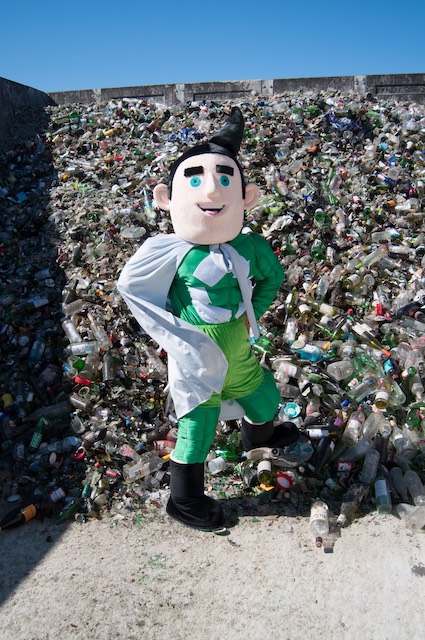 Moray residents are receiving national praise for their recycling efforts during the pandemic.

This Recycle Week (21 – 28 September) Zero Waste Scotland is joining Moray Council in thanking residents and urging them to keep up the good work.

Figures show that, on average, Moray households produced 0.35t of waste between 1 April and 31 August, with 55% of this recycled through the kerbside collection service.

This is despite suspending recycling collections, followed by a shift to a three-weekly collection schedule, and a temporary closure of recycling centres during national lockdown.

Since the council’s recycling centres re-opened in June, 12,500 bookings have been made and householders have responsibly disposed of, or recycled, more than 2,000t of waste.

“Moray’s recycling rate has consistently been among the highest in Scotland, and we’re so thankful to residents for continuing this effort during these exceptionally difficult months.

“Our crews have worked hard to maintain the highest level of service possible but we know there has been disruption to bin collections, which makes our residents’ commitment to recycling even more admirable.

“I’d also like to say a special thank you for the outpouring of support our crews have received this year – every wave, picture and thank you means a great deal to our team.”

“Even a pandemic hasn’t stopped those living in Moray recycling.

“Almost everyone’s day-to-day routine has been rewritten during 2020 and we recognise the efforts people have made to keep recycling and reusing products and materials.

“We’d like to say a massive thank you to everyone in Moray, as every plastic bottle or apple core placed in the recycling bin makes a difference to the environment.

“The waste collection crews, recycling centre staff and local authority teams also deserve recognition for going above and beyond to keep services running when faced with big challenges.

“While Scotland has come a long way since recycling was first introduced, there is still much more we can do, so let’s keep on recycling as much as we can.”