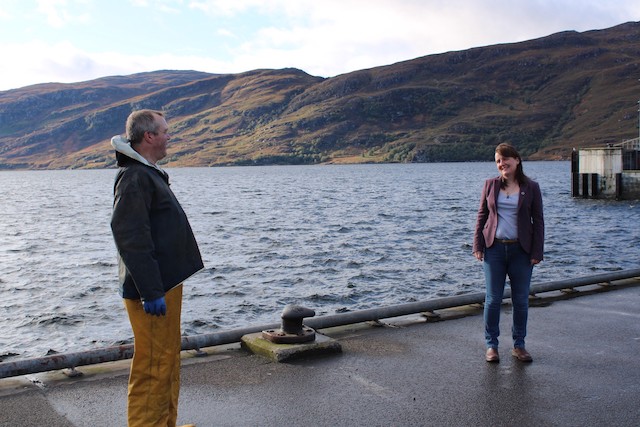 Caithness, Sutherland & Ross MSP (pictured) has pointed towards new HMRC figures which reveal fish & shellfish exports fell by £33 million between the first quarter of 2020 and 2021.

The figures show a 45% fall in the volume of exports over the same period.

The figures reflect the impact of Covid-19 but also the change in trading relationship between the UK and EU, where the single market and customs union membership was replaced by provisions of the EU-UK Trade and Cooperation Agreement.

“These figures demonstrate the stark reality of Brexit.

“As an MSP who represents many coastal communities, I’m deeply troubled by these figures which reveal the financial impact of Brexit on fish and shellfish exporters.

“It’s becoming increasingly apparent the trade deals being struck by the UK Government are simply not compensating for the loss of EU markets for Scottish businesses.

“The Scottish Government continues to take steps to mitigate, as far as it can, but the consequences of Brexit are grave and go beyond the devolution powers of the Scottish Parliament.”

A study by Warwick University in 2019 found that Scotland had already lost more than £3.94billion from Brexit. Scottish Government analysis shows Brexit could cost Scotland £9billion, or the equivalent of £1600 for every person, by 2030 compared to EU membership.

“Five years ago Scotland voted against Brexit. Scotland is now enduring an ever-lengthening catalogue of harms, inflicted on this country against its wishes.

“From trade and business to education, to the futures and livelihoods of our fellow European citizens, from our farmers to our security, and devolution itself – all have been negatively impacted.”