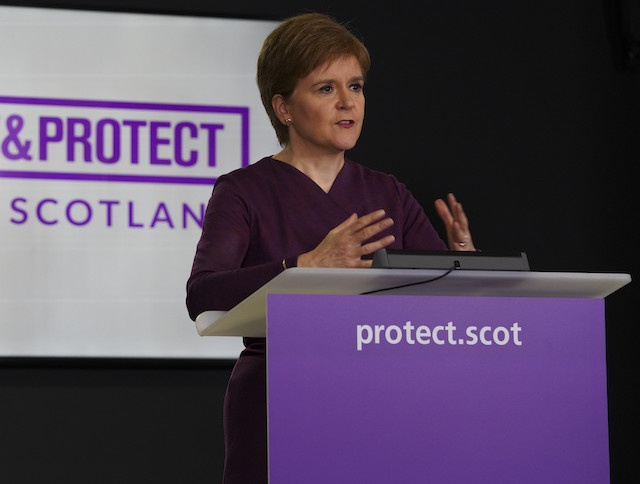 A new Opinium survey shows the strong support for Nicola Sturgeon’s leadership continues with 43% approving of her handling as a party leader across the UK – the highest of any party leader.

The Scottish breakdown shows 57% (a +24% rating) of people in Scotland approve of the way the First Minister is handling her role.

A staggering 65% of people in Scotland disapprove of the way Boris Johnson has fulfilled his role as Prime Minister.

A further question asking if Boris Johnson should resign showed 62% of people in Scotland expressing an opinion saying he should with 63% across the UK.

“This poll makes clear the strong support in Scotland for the outstanding leadership of First Minister Nicola Sturgeon as she leads the country through this unprecedented Coronavirus crisis.

“It follows over a dozen consecutive polls showing independence has now become the settled will of the people of Scotland.

“Faced with the chaotic and incompetent leadership of Boris Johnson and a Westminster system which treats Scotland as an afterthought at best, more and more people are deciding that the best way forward for Scotland’s right to choose a future as an equal, independent country in the EU.

“We have the right to determine our own future.

“The only way to protect our interests, secure a strong economic recovery as we emerge from this crisis, and regain the full benefits of EU membership is with the full powers of independence.”