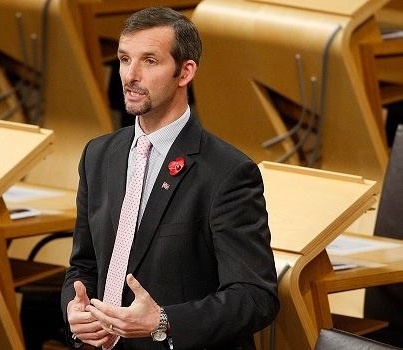 Scottish Liberal Democrat Justice spokesperson Liam McArthur MSP (pictured) has responded to the publication of Dame Elish Angiolini’s final report of her Independent Review of Complaints Handling, Investigations and Misconduct Issues in relation to Policing, calling out the “dearth in independence and accountability” at the top of Scottish policing.

The report found that:

The SPA “needs to be strengthened” as an organisation, and its duty to investigate senior officers is not clear enough.

To remove “perception of familiarity”, their statutory duty for preliminary assessments should be transferred to PIRC;

Complaints against senior officers should be considered independently, after being investigated by the PIRC.

The SPA should “have no substantive role in senior officer misconduct hearings”;

Gross misconduct hearings for all ranks should have oversight by an independent legally qualified person and mechanisms should be put into place through primary legislation to allow investigations to conclude even after an officer has retired;

The SPA’s Complaints and Conduct Committee are “overly cautious” in the publication of their minutes “attitudes have not changed as much as they should have” since the Macpherson report of the Stephen Lawrence Inquiry.

The report states that “the experiences of some recruits had caused them to leave the profession, often within three to five years.”

And most officers consulted as part of this review would not recommend a career in Police Scotland.

“This report shows there is a dearth of independence and accountability within policing in Scotland.

“Dame Anglioloni recommends a whole-scale shift away from the cosy arrangements that have existed at the top of Scottish policing.

“In the past, that led to sometimes serious not being dealt with appropriately.

“That does nothing for accountability, transparency or public confidence.

“It also does a disservice to the thousands of officers and staff who work hard every day to keep our communities safe.

“This report is an opportunity to make amends.

“The Scottish Government needs to respond positively, and act quickly.”

“In the context of the Black Lives Matter protests across the world this year, it is extremely disheartening to hear that such attitudes continue to exist within Police Scotland.

“20 years on from the MacPherson report, lessons should have been learned.

“Discriminatory cultures must be weeded out, and the reports of lingering ‘canteen cultures’ should be a cause for blunt reflection and swift action.”