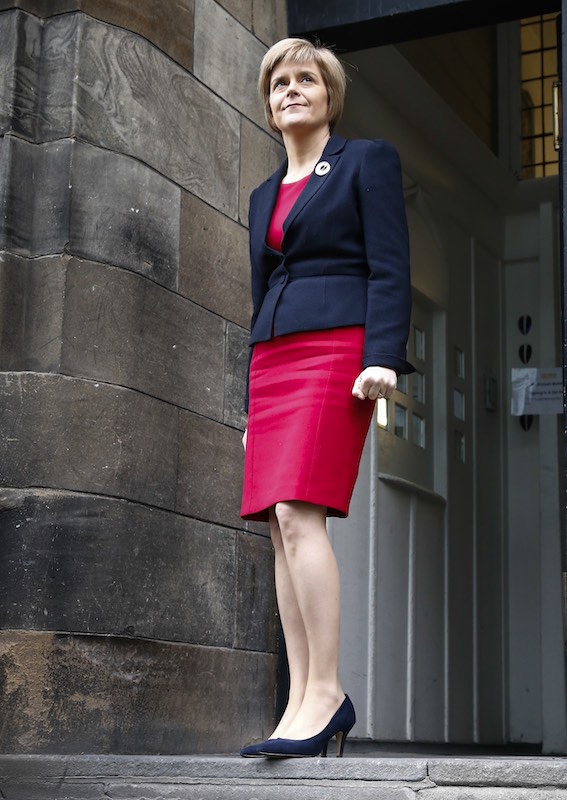 A new poll has shown that SNP leader and First Minister Nicola Sturgeon continues to be the most popular leader in Scotland and across the UK.

Polling from Opinium asked voters how they though each UK party leader was performing, with Nicola Sturgeon receiving a net +24% approval rating in Scotland and +10% across the UK.

By contrast, Boris Johnson scored -35% in Scotland and -8% across the UK, Keir Starmer was given a -17% by people in Scotland and +9% in the UK, and LibDem leader Ed Davey scored -15% and -12% respectively; making Nicola Sturgeon the most popular leader in both Scotland and the UK.

Results from the poll make grim reading for Boris Johnson as 60% of people think he is incompetent, 59% untrustworthy and 65% out of touch.

The poll also revealed that the First Minister has the highest rating within her own party supporters, with SNP supporters giving their leader a score of +86%, whereas Johnson, Starmer and Davey scored +73%, +59% and +35% from within their own parties’ supporters.

The SNP leader also has the highest approval rating of UK-wide Remain voters (+43%) and is only 11 points behind Keir Starmer terms of approval from within the UK-wide Labour party.

“This poll shows that people continue to support and show faith in the leadership of Nicola Sturgeon as she continues to lead us through the COVID-19 pandemic.

“it is no coincidence that the competent performance of the Scottish Government to deliver for the people of Scotland has meant that 20 polls in a row show sustained support for Scottish independence.

“When given the choice of being led by a hard Brexit Tory government with Prime Ministers like Boris Johnson at the helm or being given the right to choose their own future, more and more people are deciding the right path for Scotland is independence.

“Soon Scotland will have the right to choose a better future as an independent, European nation, the only way to guarantee that is with both votes SNP in May.”