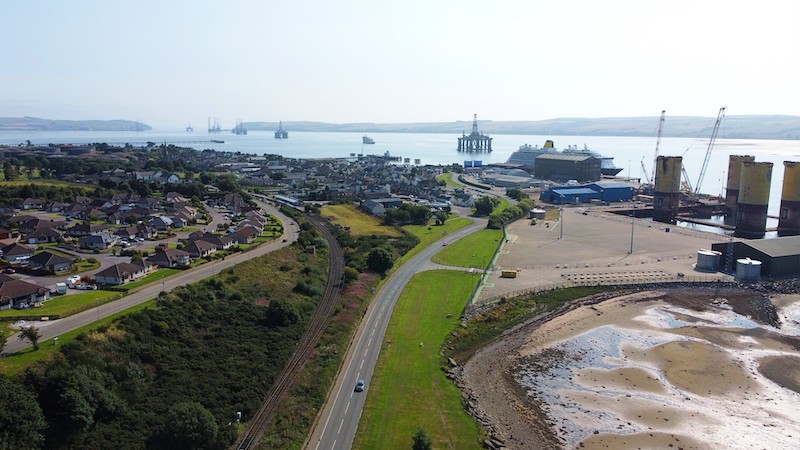 New traffic calming measures designed to improve road safety and encourage walking, cycling and wheeling are to be introduced in Invergordon.

The proposed traffic order, which includes the introduction of 20mph limits and traffic calming measures in the town was approved by member of the Easter Ross Area Committee.

The aims of the scheme are to encourage casualty reduction and severity, as well as improve the safety of school children who are susceptible to ‘visual looming’, which refers to changes in optical size as objects (like vehicles) approach.

The measures are being funded through Transport Scotland’s Cycling, Walking and Safer Routes external grant funding and a note of support was received from Police Scotland.

Formal speed limits need to be supported by a Road Traffic Regulation Order and today’s approval by members now provides the green light to move to the implementation phase.

As per procedure Highland Council received, considered, and responded to formal complaints about the new measures.

Highland Council declared an ecological and climate emergency in 2019 and reduced vehicle speeds also have the potential to increase active travel choices and thus reduce the number of vehicles on the road.

“During the design process speed surveys were carried out in several locations in Invergordon and as a result of the mean average speeds being recorded above 24mph, a series of traffic calming measures were designed around Invergordon.

“The current level of non-compliance with speed limits in Invergordon is a threat to the safety of our young people and action by this committee was imperative.”