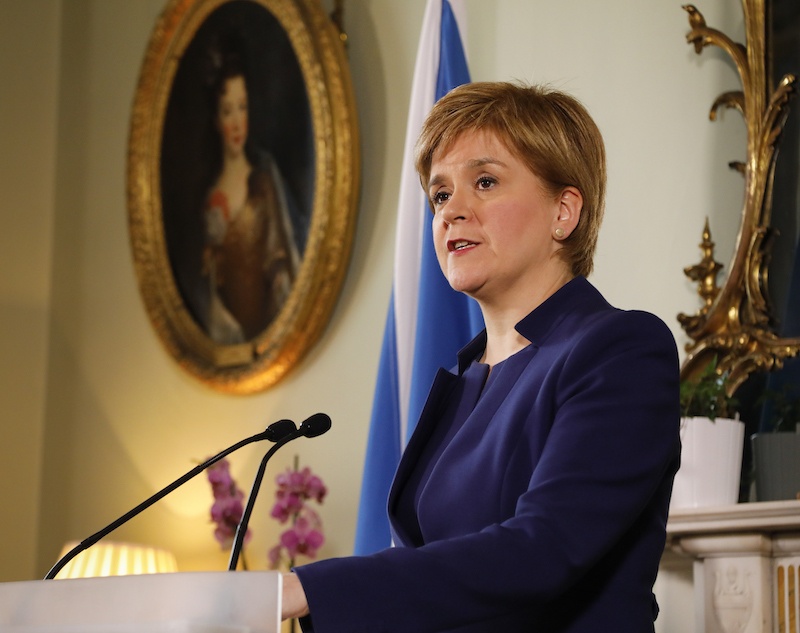 The STV Leaders’ Debate has highlighted that only the SNP has the ambition for government, with Nicola Sturgeon the only party leader on the stage with a serious plan for government and the leadership to be First Minister.

During the debate, SNP Leader Nicola Sturgeon put forward the SNP’s positive, ambitious plans to lead Scotland’s recovery, protecting the rights of children and to give people in Scotland a choice over their future.

In contrast, no other party showed the experience or leadership, to take the country forward, with the Scottish Tories once again failing to put forward a single policy to support the recovery and the Labour party arguing over third place.

“The debate has proved once again that Nicola Sturgeon is the only party leader with the experience and leadership to take Scotland through the pandemic, and into recovery.

“It was also clear tonight that only the SNP has the ambition for government at this election, while opposition parties scramble to find a positive vision for Scotland’s future.

“Scotland needs the experienced leadership of Nicola Sturgeon to tackle the challenges ahead and to stand up for Scotland.

“The Brexit-obsessed Scottish Tories appear to have absolutely no positive message for voters in Scotland, instead backing a Westminster power grab on Scotland’s Parliament, failing to stand up for Scotland’s children and blocking the democratic will of the people of Scotland.

“Meanwhile, Nicola Sturgeon put forward the SNP’s vision for our country’s future – with progressive policies to grow our economy, protect jobs, support and invest in the NHS and protect the most vulnerable in our society.

“Giving both votes to the SNP is the only way to put Scotland’s recovery in Scotland’s hands – not those of Westminster politicians like Boris Johnson.”