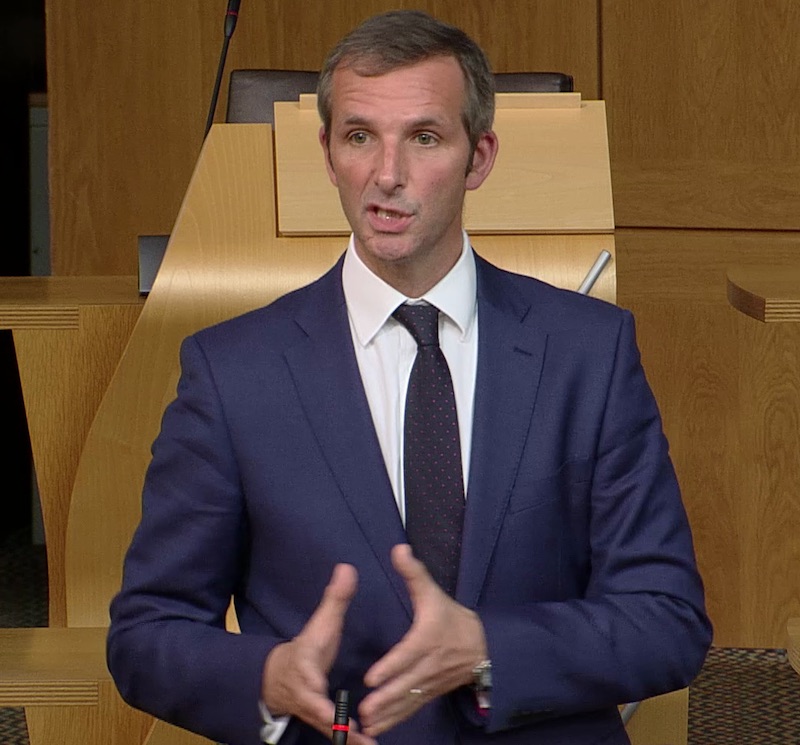 It follows evidence submitted by the Minister for Rural Affairs, Ben Macpherson to the Rural Economy and Connectivity Committee on the Scottish Government’s position on transportation of live animals where he highlighted the need for a ‘co-ordinated approach to animal welfare legislation’ given the number of routine transport routes across the UK.

However, this has prompted concerns from the NFUS branches in both Orkney and Shetland who point out that the Minister has failed to recognise in his submission the specific nature of livestock shipments within and from the Northern Isles.

Mr McArthur and Ms Wishart have therefore written to Mr Macpherson to highlight the potential impact on the future of livestock farming in the Northern Isles as a result of some of the proposals in the UK and Scottish Government consultations.

They have urged the Minister to provide the Committee with additional clarification that the Scottish Government explicitly recognises the need to take onboard the unique nature of live animal transport operations in the islands within any agreed UK-wide approach.

“While there are a number of areas where a co-ordinated approach to transport arrangements across the UK is necessary, it’s worrying that the Minister has glossed over the specific circumstances of live animal transport in the islands.

“Transportation of livestock within and from the islands cannot be included in the same category as routine movements across the rest of the UK when applying any changes.

“Doing so would pose a serious risk to livestock farming in the isles, while delivering no real benefits in terms of animal welfare standards.

“The lack of any reference to this in the Minister’s submission to the Committee may simply be an oversight on the part of the Scottish Government.

“However, given the potential implications for livestock farming in Orkney and Shetland, it is an oversight that should be rectified as quickly as possible.

“Given the concerns that already exist about some of the ill-considered proposals contained in the UK and Scottish government consultations on live animal transport, I would hope the Minister is willing to clarify his position to the Committee.”

“The proposals in the consultation threaten the viability of livestock production in Shetland.

“There’s no arguing that Scotland should have the highest standards of animal welfare but impractical regulations are not the answer.

“Legitimate concerns have been raised by the local industry that the recommendations around wind speed and temperature restrictions would make livestock transport impossible at crucial times of the year.

“Shetland’s crofters and farmers already put animal welfare at the heart of their work.

“It’s clear, however, that there has been little attempt by the Farm Animal Welfare Committee to understand the realities of industry in the Northern Isles.

“The Minister must re-think these proposals.”