Offshore Wind Impact Could be Similar to Oil and Gas Sector 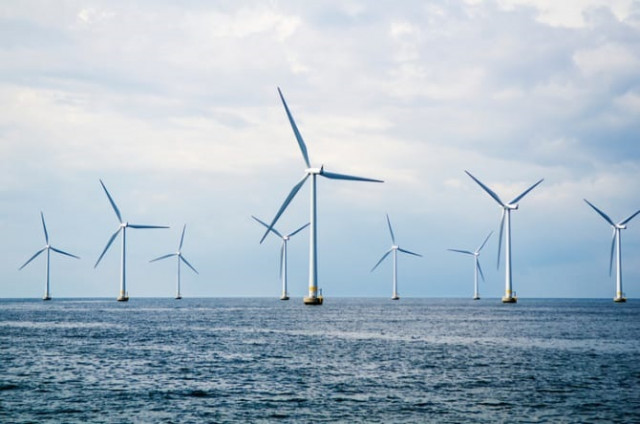 25GW of new developments are planned in Scotland, many of which will be in waters off the coast of the Highlands and Islands.

HIE says the announcement heralds in an exciting new era of major expansion for the sector in the region.

It is expected to lead to the creation of many new jobs as well as the world’s first floating offshore wind supply chain, manufacturing many of the components required for floating projects.

There is also the added potential for Scotland to become an exporter of offshore wind technology beyond 2030.

The growth in offshore wind is expected to be instrumental in attracting new young talent to the Highlands and Islands.

“Having the bulk of these projects in the Highland and Islands emphasises the natural advantages of our region, which will be firmly at the forefront of global offshore wind development.

“As a result, we can expect many new, highly skilled offshore wind related jobs to be created in some of our more rural and island communities.

“We believe the economic impacts of the offshore wind industry will be along similar lines to what we saw 40 or so years ago with oil and gas developments and will help create the conditions for a just transition for both the Highlands and Islands, and the climate.

“The sheer scale of what has been announced today will accelerate the development of our industries of the future such as green hydrogen production from offshore wind, creating further new, green, fair work in our island and coastal communities.”

The ScotWind announcement follows news in December of a planned state-of-the-art £110m wind tower factory at Nigg in Easter Ross, in which HIE is investing up to £10m.

With ScotWind comes the potential for long term jobs in operation and maintenance (O&M) involving many more ports and harbours across the region.

The announcement represents a huge opportunity of historic scale for the Highlands and Islands with new offshore wind developments coming to the west and north coasts and islands.

Working closely with its partners, stakeholders, and industry HIE is determined secure the jobs and significant economic and community benefit that should arise from these developments.

“There will be opportunities to build on the £67m investments we have already made alongside industry to prepare the region’s ports and harbours for the huge expansion of the offshore wind sector.

“We’re looking to build on already supported developments, such as the transformational O&M base projects at Wick and Buckie Harbours and are now working with local authorities, harbour operators, and developers to help bring new similar projects to the wider region.”