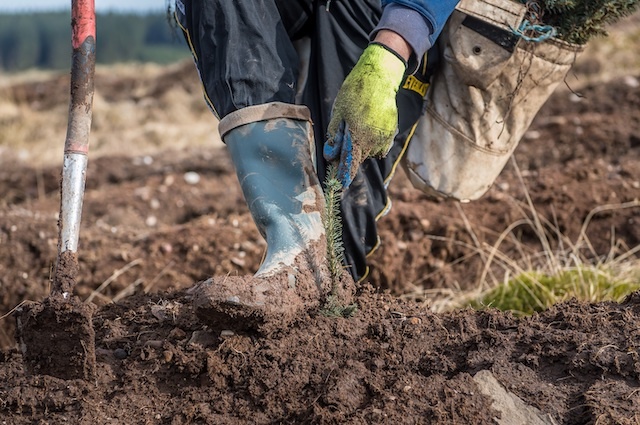 Rural Economy Secretary Fergus Ewing has hailed the news that Scotland is on track to meet its yearly tree planting targets as a “remarkable achievement.”

Despite the challenges of Covid, Scottish Forestry’s staff have been working at a record rate.

They have approved applications for over 13,000 hectares of new woodland for this year.

It is now down to foresters, farmers and land managers to get their projects planted this month and help make this a record year for tree planting in Scotland.

“This really is a remarkable achievement by all those concerned and I would like to pay tribute to everyone working in the sector – public and private – who are out there right now, working hard to deliver our planting targets.

“In a year of unprecedented adversity with COVID, Brexit and heavy, persistent snow at the beginning of this year – this is such positive news.

“And this is not all down to the large forestry companies.

“We have had significant interest from smaller woodland owners, farmers and crofters who are planting almost 200 of the 320 woodland creation schemes we are funding this year.

“There are 13,000 hectares of projects approved this financial year, and over 6,000 hectares for next year already approved.

“It’s great news that we are on track to deliver on our planting target.”

With just three months left until outturn against the yearly target is announced, woodland owners across Scotland are also working hard to complete projects and claim by the 31 March 2021 deadline.

In recognition of the difficulties caused by this winter’s snow, as well as Covid, Scottish Forestry will be offering increased flexibility to allow claimants to maximise planting by 31 March.

This will allow projects to continue planting up until the end of March and two further months to complete site surveys, mapping and prepare the documents needed to support their claims.

The increase in tree planting is set to help in the global fight against climate change and to aid Scotland’s green recovery.

The forestry sector supports around 25,000 jobs in Scotland and generates £1 billion to the economy each year.