Only The SNP Will Stand Against Destructive Nuclear Weapons 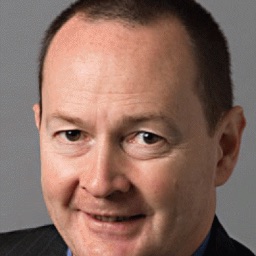 Only the SNP can be trusted to stand firmly against destructive nuclear weapons – after Keir Starmer again refused to clarify Labour’s position on Boris Johnson’s plan to raise the cap on nuclear weapons by 40 per cent.

In an interview with the BBC, the Labour leader claimed that “in these elections, Trident isn’t on the ballot paper, because that is not a matter for these elections” yet the Labour branch office at Holyrood voted in 2015 to oppose nuclear weapons.

Campaigners have warned the UK is at risk of starting a “new nuclear arms race” at a time when the world is trying to emerge from the Covid-19 pandemic, and church leaders in Scotland have condemned the move as “immoral”.

“Labour’s position on this is utterly ludicrous.

“Keir Starmer clearly doesn’t know which way to look, but he must clarify whether or not he will force the supposedly anti-Trident Scottish branch office to take a pro-Trident position.

“At a time when poverty is on the rise, to see the Tories splurge hundreds of millions of pounds on unnecessary, immoral nuclear weapons is beyond belief, and to see Labour support that political choice is even worse.

“Labour needs to stop dodging the debate and commit to getting rid of these abhorrent nuclear weapons.

“If they don’t, Keir Starmer will have proven once and for all that his party can’t be trusted when it comes to scrapping nuclear weapons.

“The idea of spending billions on weapons of mass destruction while governments everywhere should be fully focused on the Covid-19 recovery is a disgrace – pure and simple.

“Only the SNP can be trusted to stand firmly against the reckless renewal of Trident.

“Scotland’s future must be in Scotland’s hands – only then can we ensure a fairer, greener Scotland free from destructive weapons of mass destruction.”